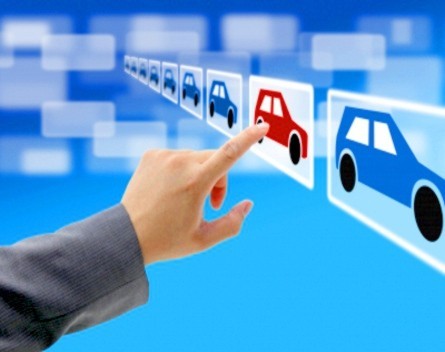 The Australian start-up scene has spawned several billion dollar online marketplaces. Just think Seek, carsales.com and realestate.com.au. And there’s a fresh crop, such as Freelancer, FlightFox and GoCatch coming through.

But what is it about this particular kind of start-up that Australian entrepreneurs and investors find so sexy?

Marketplace start-ups, those connecting two distinct groups of customers and managing their transactions, are relatively easy to build with little funding and to scale, providing the founder has identified a genuine pain point for both groups.

But it’s finding the right problem and pair of customers that can be challenging for start-ups.

He told StartupSmart the allure of the marketplace models is sustainability profitability and defensibility.

“They’re popular because when you get them right, they make money in a sustainable fashion,” Mayo says. “Once you’ve got the scale and network effects, it becomes difficult for people to compete with. Because of that, you have pricing power and can maintain your prices.”

With this in mind, start-up pitching events almost always include a marketplace or two, but Mayo says the key misconception about the model is assuming two sets of customers is all you need.

Co-founder of the RecruitLoop Paul Slezak told StartupSmart the nexus between their two markets, recruiters and companies, was the engine of their growth.

“Managing momentum is really important. If you’ve got a two-sided marketplace like we do, there is no point in having 200 recruiters if only five are getting work. And it’s not worth promising solutions to people in 100 countries if your recruiter base is only in one,” Slezak says.

Launched in 2011, RecruitLoop connects recruiters and companies. The start-up now offers services in 10 countries, with offices in both Sydney and San Francisco.

Ann Parker, coordinator of Telstra-backed Muru-D accelerator, told StartupSmart two-sided marketplaces were popular in Australia due to the legacy of companies like Seek, but also a smart choice because of Australia’s geographic isolation and small population.

“Trying to be global first is the right solution for Aussie start-ups as a population of 20-odd million won’t make your start-up a colossal success. If you want to be a truly successful digital start-up, you need to be heading elsewhere pretty quick,” Parker says.

Ned Dwyer is the co-founder and chief executive of small business solutions marketplace Elto, which launched as Tweaky in 2011 in Melbourne. They recently moved the company to San Francisco as 60% of their customers are in the US compared to 5% in Australia.

“The great thing about most of these marketplaces, like RecruitLoop and Elto, is you get to connect people all over the world with different talent. The geographic restrictions in Australia doesn’t matter at all, provided you can connect those people efficiently and they can have a great transaction and experience,” Dwyer told StartupSmart.

Elto’s pivot was to enable Dwyer and his team to add new suppliers to their marketplace, opening up new fields of revenue.

“Marketplaces are sexy because it’s winner-takes-all, or at least most,” Dwyer says. “The biggest challenge a lot of new founders face is not picking a market that’s big enough.”

Attacking a problem with sizeable global market is exactly why DesignCrowd founder Alec Lynch and his investors are confident about his start-up despite his key competitor being 99designs, the largest design marketplace worldwide.

“Globally the design market is over $44 billion dollars, so it’s very big and it’s also very fragmented. Six years into this and I’m confident if you added up the revenue of all the 30 or 40 crowdsourcing sites globally, we’d only have 1% of this market so there’s space for a few players,” Lynch says.

Launched in 2007, Sydney-based DesignCrowd has grown to include 150,000 designers and have processed over $14 million worth of design jobs through their services.

“Offering something different and building a brand around that is really important. Word of mouth is a big one because that dynamic is critical for growth. If you’re a newer brand, that can be tough. But once you’ve built both sides, a marketplace is valuable and defensible,” Lynch says.

Once a big enough market is located, the make or break factors for marketplaces is building both sides sustainably.

DesignCrowd recruited their designers first, by targeting design colleges and running their own competitions. Elto (then Tweaky) built their development capacity and market first, before reaching out to customers. RecruitLoop developed both sides at the same time, carefully and slowly.

“There is no right answer about how to build a marketplace. It’s very context specific, so you need to really know your space. It boils down to relative sensitivity,” he says.

Mayo says founders need to identify which market will be more excited about the solution they’re building.

“If one side responds massively well, then it’s the other side you need to get first so it can take off,” he says.

Now a start-up strong suit for Australia, the successful waves of marketplace start-ups have established an ecosystem of mentors and money with a passion for the dynamics involved.