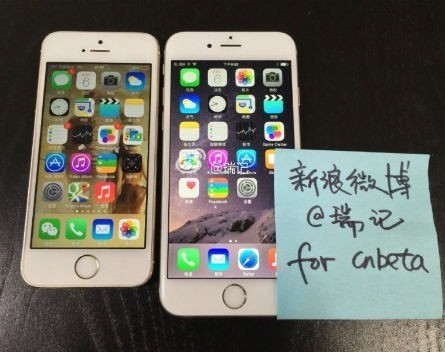 Apple is widely expected to announce 2 new phones and a smart watch at an event to be held on the 9th September at its headquarters in Cupertino, California. In what is now considered normal for these events, a great number of the details of what will be announced have already leaked.

Photos and video of the new 4.7 inch iPhone 6 have been appearing from Chinese sources with the latest leak appearing to be an actual working model of the new phone confirming several anticipated features.

Leaks about a device become more likely as it moves through the testing stages and into final production. By comparison with the iPhone 6, not much is known about Apple’s new watch because it is thought to be still at the “engineering verification test” stage.

This stage is below the “device verification test” stage, which is immediately prior to production. The fact that the watch is at this stage means that there will be far fewer opportunities for leaks about the device and also that even if announced on Tuesday, it won’t be on sale until later this year, or early next.

Although the announcement of new competitive products from Apple will be a concern for its competitors, at least two of the announcements are expected to have major beneficial impacts for a range of industries that will ultimately benefit significantly companies like Google and Samsung.

Apple’s iWatch is widely hoped to provide a massive boost to the wearables market. Although accounting for $100 million in worldwide sales, smartwatches from Samsung, LG, Motorola and Pebble are still nowhere near to being considered a mainstream device. Amongst the general public, awareness of the devices is still low, and features such as bulkiness, short battery life and price are deterrents for people wanting to buy one.

Apple’s entry into the market will boost awareness of wearables dramatically and it is hoped that they will have gone a long way to resolving the bulk and geek image that most smart watches have today. The issue they will still have, however, is convincing the public that the short battery life and cost of the watch are still worth it.

The other benefit will be that as soon as Apple leads in new design approaches, these features will be rapidly incorporated into all other watches, meaning that all smartwatch consumers will benefit.

The other really big announcement from Apple is expected to be the incorporation of NFC-enabled payments into its phones. Apple’s refusal to support NFC has been a major bugbear of the mobile payment industry.

As contactless payment such as PayPass and PayWave is increasingly becoming the norm in Europe, Canada and Australia, the ability of mobile phones to support “Tap and Pay” has been limited by Apple’s lack of support for this feature. Banks that have provided smartphone Tap and Pay have had to make small card chips that are stuck onto a phone as a workaround. Other banks have been put off entering the market at all because of the lack of support from Apple.

In the US, contactless payment has not yet established itself and this is expected to change rapidly now that Apple has entered this market. Given that Google has been driving this largely single-handedly for the past 4 years, it will be a welcome boost for consumers generally that Apple has finally put its weight behind the technology.

What Apple’s announcements signal is the power of technology companies competing for mutual benefit. It is the participation of a range of companies that allow a market for a particular technology to actually succeed and share the challenge of educating consumers into the particular benefits of the technologies.

Of course, this entirely depends on whether Apple actually does announce what has been predicted and for that, we will have to wait for Tuesday.

This article originally appeared on The Conversation.  Read the original article.