Why governments will always fail with technology projects like the NBN 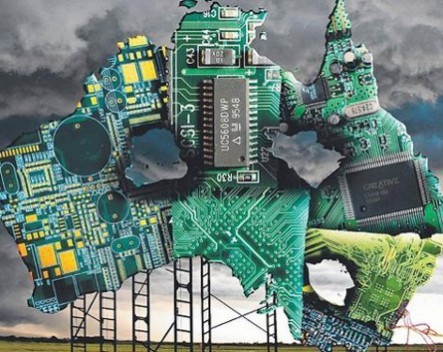 The National Broadband Network (NBN) was one of former Prime Minister Kevin Rudd’s grand gestures. Sweeping to power in 2007, he quickly set to fixing Australia’s problems in education, health and productivity. Although it was clear that he only ever understood technology superficially, he netherless saw it as the answer to all of his country’s ills. Children in schools would get laptops, the health system would be reinvented through the Personally Controlled Electronic Health Record (PCEHR) and the nation would have the NBN to set it on the path of productivity levels to rival the Chinese.

Rudd commands “Make it so”

Rudd rode roughshod over any detail of these plans. He epitomised the spirit of StarTrek TV character Captain Picard by uttering the command “Make it so!”. Unlike Picard, who never carried out any action before considering it from every angle, Rudd was convinced that these gestures would both immortalise him and transform society and industry at a stroke.

As we now know however, nothing is that simple, and the digital education revolution died a relatively quick death leaving the NBN and PCEHR struggling for survival on life-support.

The most recent audit report of the NBN, released this week, has ultimately judged the entire project as “rushed, chaotic and inadequate” and the stewards of the project, NBN Co as “not fit for purpose”.

The summary findings and recommendations of the audit do not specifically deal with the NBN project itself nor with the technological decisions that underpinned it. Instead, it recommends a range of measures to ensure proper oversight of election and other party promises and the way that the public service and government should work to ensure that this happens in future. One of the key proposals is that any project over $1 billion should be subject to a cost benefit analysis. The problem with this however is the same as for most of the recommendations made in this report. They sound good in principle, but are actually fairly meaningless in practice.

The devil in the benefits

Cost benefit analyses of even small projects are dubious at best. They are often heavily biased depending on the whether the people conducting them want to have a positive or negative outcome. This is reflected in both how one decides what benefits will flow from a project and how much value these benefits will generate. This is especially true of technology projects where the benefits are supposed.

With the NBN, the benefits of having universal high-speed broadband were assumed to come from all of the things this technology would enable government, public services, industry and the public at large to do. Hospitals would save $190 million over 10 years. Households would save $3,800 a year by 2020. This last figure included savings of $74 dollars a year on “communications through social engagement and social media”. Clearly, you could claim almost any benefit, especially if it comes from a reputable analyst firm like Deloitte Access Economics as this latter figure did.

Would an analysis have got it right?

Would a cost benefit analysis in 2008 have accurately predicted the technical landscape in 2014? Absolutely not. In 2008, nobody knew that the iPhone would change smartphone usage completely and drive universal adoption of highly powerful portable computers with 4G wireless network connectivity. Nobody would have foreseen the rapid change in how people access media, especially TV. Despite the lack of the NBN, Australia leads the world in illegal downloads of US TV shows like Game of Thrones.

Mix into this the role of government in making technological bets that they barely understand and the establishment of a completely new company that is going to implement all of this within political, and not corporate, constraints, and you have a recipe for the disaster that unfolded.

Should governments be involved?

The findings of the audit are not surprising. Pretty much any analyst who has been watching the NBN disaster unfold for the past 6 years could have summarised the findings, or ones similar to it, without too much problem. Ultimately however, the question remains whether governments, and especially the Australian Federal Government, should be even in this business at all. It is very likely that the answer is no given the particular geographic and social challenges that Australia faces and its particular mix of telecommunications industries.

There is no disputing that Australia needs high speed networks. Clearly, they are not going to be provided by the Federal Government and so it is up to industry to step in and do this for commercial reasons. After all, the ultimate business case for building something is that there are customers wanting the service and that it makes enough money to support the business.