Why tech schools won’t seem to go away 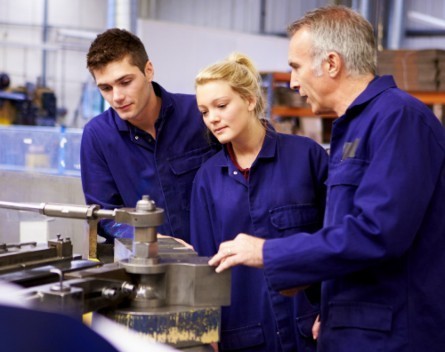 When Prime Minister Abbott went to the United States in June this year, he visited a P-Tech High school in Brooklyn. He said such schools were a “valuable education model for us to consider in Australia”.

In the upcoming Victorian election, the leader of the opposition Daniel Andrews is promising to open ten tech schools. That both politicians, across the political divide, and from a state and national perspective are extolling the virtues of technical education points to a yearning to proffer an expanded vision for secondary schooling.

Where did tech schools come from, and what happened to them?

The history of technical education in Australia commenced well before Federation as was so carefully documented by Stephen Murray-Smith in 1966. Each colony developed technical education and technical schools that grew out of the Mechanics Institutes. Variously these institutions were known as Technical Colleges, Schools of Mines, the Workingmen’s Colleges, and Schools of Domestic Science and Technical Schools. After Federation, each newly minted state created its own state education system.

The demise of secondary technical schooling gradually occurred between the 1970s and 1990s and was given impetus by the formation of Australian TAFE by the Whitlam government. Technical and Further Education (TAFE) was a Commonwealth funded government initiative that put technical education on a national and a tertiary footing. This alleviated the states from the financial challenges involved in financing expensive secondary technical schools.

Issues of social equity and equality of opportunity had earmarked secondary technical education as detrimental. It was thought that young people attending tech schools were being unfairly “streamed” and denied access to the educational opportunities available through the pathway from high schools to universities. So, overtime technical education in Australia after the creation of TAFE became a post secondary school tertiary education option.

The former Howard government sought to re-introduce technical schooling through the creation Australian Technical Colleges across the country in 2004. At about the same time the State Labor Minister for Education, the Honourable Lyn Kosky also set out to establish Technical Education Centres for secondary school students into some TAFE institutes in Victoria.

It is not an accident that for Victoria, in particular, technical education continues to be viewed as a vote getter. Unlike any other Australian state, the Victorian secondary school system and its dual character of high schools and technical schools persisted until 1991. In Victoria technical schools lasted because they were established early and were well organised in making schooling relevant and practical for purposes other than university admission.

The benefits of tech schools

The difference with secondary technical schools was that universities did not control them and they were not beholden to university admission requirements. Technical schools were local in orientation and connected to industry and employment in ways that the general education on offer in high schools was not.

It is probably fair to say that we lost something when technical schools were closed previously.

What was lost was different ways younger students could stay engaged with schooling that was not about narrow academic success measured through an Australian Tertiary Admission Rank (ATAR).

When technical schools existed alongside high schools the multiple social purposes of secondary schooling were apparent. Some young people pursued the traditional track to university while others explored the worlds of work while learning things like television production or metal work or any other skill that piqued their curiosity. In an era when young people are being schooled more than any prior generations, schooling needs to be, in tangible ways more than just focused on university admission.

Australia’s tertiary education systems have expanded and diversified in the period since the closure of secondary technical schools. Universities across Australia have multiplied in type and numbers, as have the numbers of people studying in them. Added to this in the past decade has been TAFE as both a provider of higher education and tertiary learning.

Only technical education at the secondary school level can engage young people in schooling experiences that allow them to safely explore in practical and skilled ways the worlds of work.

John Pardy does not work for, consult to, own shares in or receive funding from any company or organisation that would benefit from this article, and has no relevant affiliations.