Why technology hasn’t made life more stressful; Meet the woman who wants to make the “Starbucks of nail salons”: Best of the Web 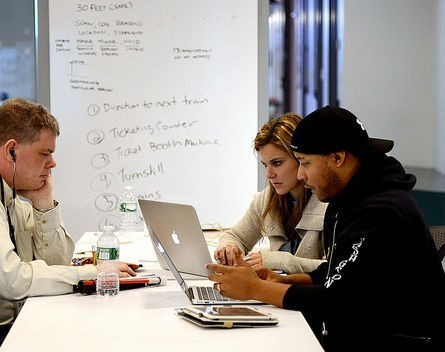 Among New Year’s resolutions this year unplugging digitally seemed to be almost as popular as losing weight and quitting smoking. It is all in response to the notion that digital technology — like round-the-clock email and friends’ envy-inducing Instagram photos — is stressing us out and making us unhealthy.

As Claire Cain Miller argues in The New York Times, ‘Technology Has Made Life Different, but Not Necessarily More Stressful’.

Miller cites research which shows frequent internet and social media users do not have higher stress levels than those who use technology less often. And for women, using certain digital tools decreases stress.

Fragmented industry? Ripe for disruption? Tick and tick. In this FastCompany interview, Lydia Dishman speaks to Miniluxe chief executive Sue Thirwall about her plans to roll out nail salon franchises across the United States.

Thirlwall aims to elevate the hasty, daub-and-dry experience found at many a corner shop. That includes new level of individual attention, even for walk-ins, and hyper-vigilant hygiene.

Your business doesn’t need to be like Apple or Uber, according to Didier Bonnet and George Westerman in the Harvard Business Review.

The pair say business model innovation is hard. But they argue managers make it harder when they think about it only as radical industry reinvention. While revolutionary business model changes can be valuable, you don’t necessarily need to transform your industry.

You don’t need to destroy your current business model. There is another way to make money from business model innovation. Sometimes it’s better to think a bit smaller so you can set yourself up for big results.