Why the rise of Xiaomi matters 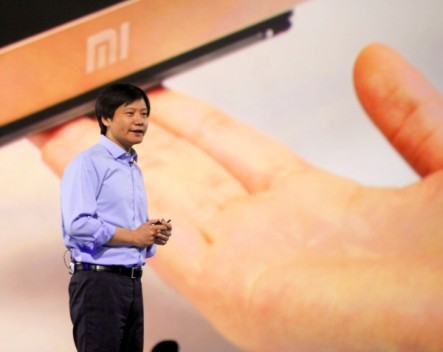 In the past week, emerging low-cost Chinese electronics firm Xiaomi became the world’s third largest smartphone maker by volume, behind only Samsung and Apple.

In response, a reader named Bob left the following comment about the rise of Xiaomi:

I would discount XIAOMI becoming a challenger to the big three – they are an ultra-budget phone provider who generally sell into relatively unsophisticated second tier markets like China, India, Pakistan, Turkey etc. I have a business associate from Pune who related they have an awful reputation for hardware and software issues and more than one model with a massive product recall. They have a lot of catching up to do if they want to gain a share in western markets.

Bob is quite correct in pointing out the quality of some of Xiaomi’s devices have been questionable so far. However, especially if you’re in a tech-related business, there are five major reasons why it’s nonetheless worth paying attention to what they’re doing:

In established markets, we’re reaching a point of smartphone saturation.

Around 66.2% of Australians now own a smartphone, and we’re 13th in the world in terms of our smartphone penetration rate. There are no longer vast numbers of first time smartphone buyers looking to upgrade – the growth has to come from somewhere else.

China is just that somewhere else – and its market for mobile phones is massive.

Consider this: Australia’s population is around 23 million. Japan’s is around 126 million. The USA has around 319 million people. The total population of all 23 EU member states, including the UK, is around 507 million.

In other words, the total combined populations of Australia, Japan, the US and the EU is around 975 million people.

By contrast, the smallest of the three Chinese state-owned mobile carriers, China Unicom, has around 181.57 million subscribers. China Unicom has 297.07 million. And China Mobile, the world’s largest carrier by subscribers, has 799 million –more subscribers than the total population of the whole EU and Japan put together.

In total, China has 1.28 billion mobile phone subscribers. That’s greater than the total population of major established markets Australia, Japan, the US and the EU. Combined.

3. The price is right

In a number of established markets, such as Australia, most consumers are on post-paid contracts that allow a mobile phone to be subsidised and paid off over 24 months.

So for example the entry-level 16 gigabyte iPhone 6, which retails for $869 outright in Australia, can be had for $23 per month on a $35 per month plan. The total cost over 24 months is $1392, which more than covers the outright price of the phone.

This is not the case in China, where most consumers use pre-paid and buy their mobile phones outright.

Now, if you were earning $2 an hour, would you buy the flagship phone that costs $869 upfront or the cheaper $100 smartphone that is good enough?

Here’s where things get interesting for Google.

Google’s Android operating system is open source. In theory, another company could use the Android source code as a base to build their own operating system and ecosystem without either needing Google’s approval or paying it a royalty fee.

That being said, if you’re a smartphone maker and want to have Google’s ecosystem on your Android device, including its apps and third-party apps that use its APIs, you have to play by Google’s rules.

Until now, the choice has been academic for most mobile phone makers. Why bother building an Android smartphone without apps such as Gmail, YouTube, the Google Play app store, Google Maps, Hangouts or Google Now?

The only serious Western attempt, Amazon’s Fire Phone, turned out to be a shemozzle. Even with the backing of the world’s largest ecommerce player and a huge number of content and apps in Amazon’s rival Kindle store, few consumers wanted one.

The situation is different in China. In 2010, Google effectively withdrew from the Chinese market after it was unwilling to censor search results for the government.

Now in China, 83.4% of smartphones run Android without Google’s ecosystem on the top. This includes Xiaomi’s devices, which run MIUI, a version of Android with the company’s own ecosystem on top, including its own app store, cloud environment and user interface.

Today, Chinese brands such as Xiaomi have a terrible reputation for quality compared to premium goods from Europe, the US, Japan or South Korea. But with a huge local market to launch from, you would be a fool to believe it will stay this way forever.