Why we shut down Storyberg: Co-founder reveals all 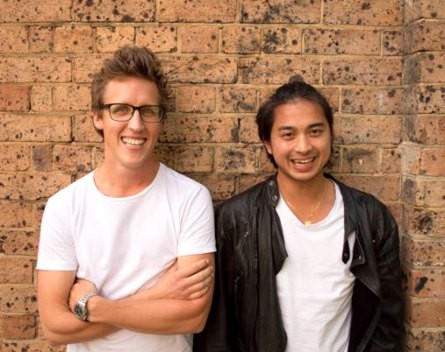 Storyberg co-founder Michael Dijkstra has revealed why the start-up surprisingly folded, shortly after being accepted into the 2013 Startmate program, but insists it’s “definitely not the end” of his start-up adventures.

Storyberg, which helped app owners align product development with key metrics, was founded by Dijkstra and Kevin Nguyen, both of whom previously worked for Pollenizer.

In addition to being selected as one of eight start-ups for the Startmate class of 2013, Storyberg was shortlisted for season two of the Optus Innov8 Seed Program.

But less than three months into the Startmate program, Dijkstra confirmed in a blog post Storyberg is closing down.

“In January 2013 [Nguyen and I] both went full-time. By that time, over 120 people had signed up, however, the data showed that we were the only ones to validate our features,” Dijkstra wrote.

“People signed up but were only using our tool for task management, not hypothesis validation.

“We decided that we did not want to build another project management tool that’s got a better design/UI so we pivoted to focus on the validation part of the lean start-up workflow.

“We quickly relaunched our product as an analytics tool.”

But the team quickly realised there was not enough value in the “why” on its own, without all of the additional information attached to the “who”, offered by services such as KISSmetrics.

“We did not have the resources or desire to build all the baseline features of a product like KISSmetrics and then add our own unique value proposition on top,” Dijkstra said.

“In the end, as a team, Kevin and I believed we had exhausted our possibilities with Storyberg and did not have anything else to firmly ‘pivot into’.”

Dijkstra told StartupSmart the response from Startmate was “all very positive”, with co-founder Niki Scevak in full support of the team’s decision.

Dijkstra is quick to point out Storyberg did not fold as a result of any disagreements between Nguyen and himself, saying he and Nguyen will potentially work together again in the future.

But he is adamant nothing could be done to save Storyberg, insisting a second pivot was not possible.

“The key to a real pivot is, they say, to plant one foot on the ground and then turn on it… There was nothing we could do to pivot into the space we had identified,” he says.

“We weren’t ready to start from scratch again and do everything from day one because it’s a massive undertaking.”

Dijkstra says if it hadn’t been for Startmate, it might have taken Storyberg a lot longer to make this realisation.

“I think if we didn’t do Startmate we might have been in this situation six or 12 months later. [Startmate is] an accelerator and that’s what it does – it speeds everything up,” he says.

“It was a great experience. The learning around the whole process of pitching, demo days, dealing with investors – you get a lot of support in that area, which is all new to us.”

When asked about his involvement in the Australian start-up scene, Dijkstra says it’s “definitely not the end”.

“Through Pollenizer and Startmate and everything, you become part of the start-up family in Australia,” he says.