Why your startup should be leveraging data from day one 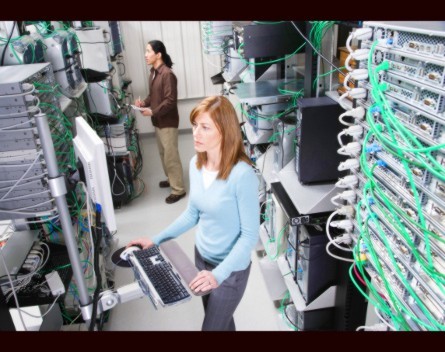 Entrepreneurs should be harnessing their startup’s data right from the outset in order to validate, according to a number of Australian entrepreneurs crunching the numbers in order to create a better user experience.

“We can really get an insight into what our users are wanting and then be able to give that to them,” she says.

“Being able to utilise data now with the advances in technology can put you ahead of the game. You can literally watch how it’s working in front of you. You’re less likely to go off gut instincts – you can run off facts and everything you see in front of you.”

Wilson says she encourages Australian startups to really harness their data in order to make a better user experience. In the case of Stashd, data from users has allowed Wilson to decide what price points people are willing to engage with and which users in which country are more likely to engage with a certain brand.

“Pretty early on it was something we knew we had to watch because we were starting off with luxury and global brands,” she says.

“We knew the brands we had aligned with were going to get us the traction needed, and then we would obviously pivot and bring in the lower price points based on what users are engaging in.”

Wilson says she is also planning on using the data from Stashd to assist the fashion industry.

“I come from a fashion background – I’ve seen designers struggle and that’s something I want to help with in the long run,” she says.

“I want to help the user just as much as the designers and the retailers. It’s a two-sided thing.”

George Freney is the founder of Booodl, which aims to change the way people remember the things they want to buy, as well as how to buy them.

“We’re getting insights into what people want to buy and then the location data about where they are,” he told StartupSmart.

“They check in the products they want to in the Booodl app and we use data about where they are and align that with what shops stock that and send them a notification.”

In this way, data is “absolutely critical” to Booodl’s existence.

“The quicker and more comprehensive you can validate your hypothesis about your product, the more likely you are going to succeed,” Freney says.

“Data has to be integrated into your startup planning from the very beginning.”

“At the start of the year [2014] we thought data would be valuable and we could do things with it – but it wasn’t until we progressed through the year that we understood how powerful it can really be,” he says.

“Given what we do, we can very easily understand who among our users perhaps don’t have the best situation or aren’t getting the best products and offers for their core products they use. A lot of people are paying way too much more than they should for, example, mortgages.”