Will Apple, Google or Facebook be more prosperous in 10 years? 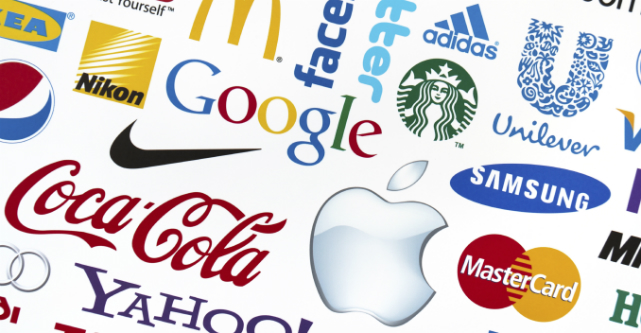 I’ve designed a mind experiment: If I had to invest all my savings in a single company, and had to choose either Apple, Google (now Alphabet) or Facebook, which one would it be?

I would not be able to move my money for at least 10 years; it would be a long-term investment with high stakes. Portfolio investing or index tracking is out of the question for this experiment.

The choice is by no means clear. They are all extremely successful companies that have impacted the way we live. They all operate in different but related sectors within the tech universe. In terms of annual revenues, Apple is at $US233 billion with a growth rate of 28% over the previous year. Google is at $US66 billion with 19% growth, and Facebook at $US18 billion of revenues with 44% growth.

In terms of net profit margins, all three have healthy returns at rates between 20-23%. In terms of market capitalisation, Google and Apple have been competing for the top spot. In mid February 2016, Apple was worth $US532 billion, Google $US495 billion and Facebook $US307 billion. All three are led by senior management teams that are exceptional and committed. In Google and Facebook’s case, the founders are still there. If Steve Jobs had not passed prematurely in 2011, no doubt he would also still be at Apple.

How then to make the decision of which company to put one’s life savings in? Clearly, market cap is important but fickle. Revenue growth is important, and Facebook has the highest growth rate, albeit from a lower base at slightly more than a quarter of Google’s revenues, and about one thirteenth of Apple’s revenues.

How about if we ask, which company faces the highest strategic risks in terms of competitive pressures, and in terms of dependence of its success on a narrow part of its offerings?

On this score, Apple seems to qualify. Its success is highly dependent on the iPhone, and if it wasn’t for its integrated ecosystem approach (the bundling of media content, apps and consumer electronics) as well as its design brilliance and brand value, copycats would be taking a much bigger chunk out of its pie.

Having said that, Apple successfully commands a premium price for its offerings, which implies real differentiation. It also has huge growth potential in emerging markets.

And even though its Apple Watch was not such a big hit as had been hoped, other future offerings could be. After all, Apple has a record of redefining industries with products that people actually want to use and have fun using.

Facebook has moderately diversified its offerings and investments by acquisitions such as Instagram, WhatsApp and Oculus, and has built relationships and shared its platforms with thousands of app developers. So far there do not appear to be other social networks that have become serious competitors (LinkedIn operates in the professional space for example, and Facebook has already acquired Instagram).

Facebook benefits from positive network effects, i.e. the more people in its network, the stronger it becomes and the bigger the barriers for competitors. Yet, it is not inconceivable that niche social networks may grow and collectively take market share from Facebook, or competitors from emerging markets progressively moving in to gain users from more developed markets.

At a more fundamental level, there is a risk that the next generation may begin to see Facebook as their parents’ social network and seek new alternatives.

Google appears to be the most healthily diversified company, with offerings both in areas related to its traditional search business, such as YouTube, Android, Ads, maps, cloud services, chrome, some hardware, as well as its “other bets”, experimental businesses at the frontiers of technology.

Google bets include investments in life sciences, self-driving cars, healthcare, media content distribution, and venture capital. These emerging businesses have collectively lost money ($US3.6 billion in 2015), yet they are Google’s way of identifying the next big thing, proactively seeking to capitalise on societal and technological trends. Google’s strategic risk from competitors in its core businesses is still significant, but comparatively lower than that of Apple.

These are all exceptional companies. However, I still need to answer the question I’ve set myself.

Given strategic risks and the balance between prospering from the current business as well as exploring new avenues for the future, if I had to rank these three companies in terms of their likelihood to be around and prosperous in ten years, here’s my ranking: Google would be top, closely followed by Apple, closely followed by Facebook.

The decision is not easy, and no doubt there will be a variety of perspectives on this. But this is what makes business and competition exciting. Nobody knows the future and in the meantime there might well emerge a new technology giant that somehow escapes acquisition by the big boys and grows to become the new market leader.

Loizos Heracleous is a professor of strategy at the University of Warwick.