Windows 10: Holograms are coming, but Internet Explorer is dead 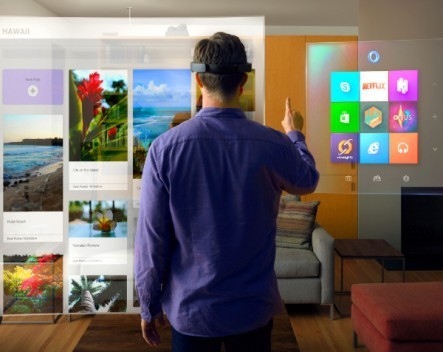 Microsoft has unveiled a series of major innovations alongside its cross-platform Windows 10 operating system, including holograms, large-screen versions of its Surface tablet and a major overhaul of its licensing, with Internet Explorer set to be replaced.

Unlike Windows 8, which attempted to force users across all devices on to the tile interface, Windows 10 is built around a feature called Continuum Mode. This detects whether a device is being used with a mouse and keyboard or as a touch/tablet device, and switches automatically. As the company previously announced, the Start Menu will appear while a device is used with a keyboard and mouse.

A major highlight of Microsoft’s keynote announcement overnight was HoloLens, a Google Glass-style set of glasses that superimposes holographic 3D images over the real world. Unlike other wearables, HoloLens is a standalone device that does not need to be tethered to a smartphone or desktop computer.

For the business market, the company also unveiled 55-inch (1.39 m) and 84-inch (2.13 m) versions of its Surface Pro tablet, called the Surface Hub that works with large styluses and is designed as a collaborative tool.

A major commercial change is all current Windows 7, Windows 8.1, and Windows Phone 8.1 will be able to upgrade to Windows 10 for free (assuming their device is compatible). Microsoft also says it now views Windows as an internet service, and will provide continuous updates to users.

Microsoft also confirmed speculation that it is replacing Internet Explorer with a new web browser called “Project Spartan”. The new browser, in turn, will integrate with Microsoft’s Siri/Google Now-style personal assistant, Cortana, which previously only appeared on Windows Phone, will make an appearance on the desktop and tablet versions of Windows.

Rather than needing separate apps for the smartphone, tablet and desktop versions of Windows, app developers will be able to deploy a single app that will work across the entire platform. There will also be versions of Office, along with Photos, Videos, Music, Maps, People & Messaging, and Mail & Calendar apps with a consistent cross-platform look and feel.