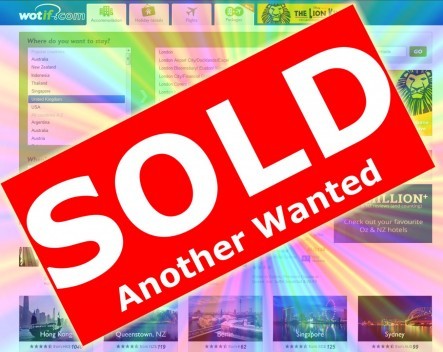 The proposed $700 million acquisition of Wotif by Expedia is a sign of the Australian startup scene succeeding despite relatively low levels of funding and support, according to StartupAus board member Dr Jana Matthews.

Matthews, who is also director of the UniSA Centre for Business Growth, says the Wotif bid is significant because it is evidence that US corporations are realising that it’s easier to enter the Asia-Pacific market by buying a successful Australian company with an established presence in the region rather than trying to do it themselves.

“This acknowledgment of Australia as the door to Asia-Pacific is accompanied by a growing recognition that Australia has some very interesting innovations and tech startups worth watching,” Matthews says.

“I know of at least five Australian startups who have been contacted recently by US VCs, corporations and state governments, wanting to learn more about their technology products and services.

“On top of that, large US tech corporations such as HP and Cisco are investing in Australian university-related innovation centres.

“All this is happening in spite of relatively low levels of funding and support for tech startups in Australia, as the StartupAUS Crossroads report highlighted.

“Take for example the state of Colorado in the US, where approximately one third of the companies, employees and revenues are from tech companies.

“If we ramp up support for tech companies, Australia could have an increasing number of Wotifs – with great benefits for both the startup ecosystem as well as the economy.”

Adir Shiffman – chairman of ASX-listed Disruptive Investment Group, which owns check-in.com.au – says the sale will not only limit consumer choice, but also represents another example of Australia’s failure to retain leading companies in the new economy.

Check-in.com.au, which has been operating for about 12 years, is wholly Australian owned.

“Most consumers don’t realise that all the other major players are already foreign owned,” he says.

“Whilst Booking.com has arguably the largest market share of any player locally, its Australian outpost is just one of 115 offices globally.

“HotelClub was acquired by US-based Orbitz in 2004, Booking.com and Agoda are both owned (by) $6.5 billion US giant Priceline, and Expedia itself is worth $10 billion and also owns Hotels.com and Trivago.”

Shiffman says the future of the industry is mixed.