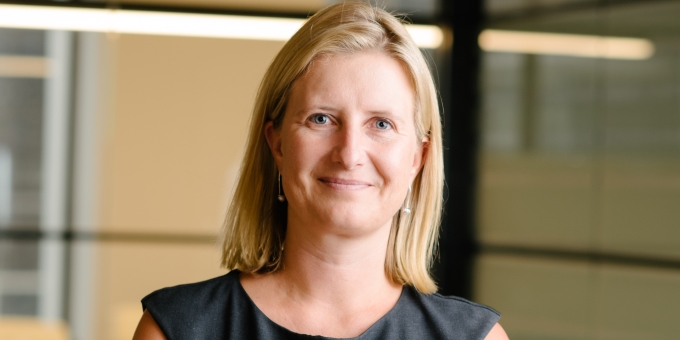 A late stage medtech startup looking to improve the management and treatment of Parkinson’s disease has received a $7.75 million capital injection from the federal government’s $500 million Biomedical Translation Fund (BTM).

Global Kinetics Corporation was founded in 2007, born out of medical research institute the Florey Institute in Melbourne, initially led by Malcolm Horne and now headed up by chief executive John Schellhorn.

The startup has developed a wearable device called the Parkinson’s KinetiGraph (PKG) which continuously tracks the symptoms of Parkinson’s disease. It is designed for patients to wear for 6-10 days at a time, with the data then used to better inform doctors about how to manage and treat their patients.

The company has undergone significant testing and researching of the product and its applications, and in recent years has been undergoing commercialisation of the product. Though headquartered and manufactured in Melbourne, much of the company’s focus is in US markets.

“When you get diabetes and you see the doctor, they would never make a treatment decision without referring to your blood sugar levels. So we’re providing a similar option for doctors treating those with Parkinson’s,” Global Kinetics Australian senior executive and senior vice president of business development Michelle Goldsmith tells StartupSmart.

“The PKG is the first tech out there to provide an objective record of a Parkinson’s patient’s symptoms over time.”

This marks the fifth investment the BTM’s fund managers have made since its inception in 2016, and a total of $31 million has been invested to date. The fund managers are Brandon Capital, BioScience Managers, and OneVentures.

This particular investment was completed by Brandon Capital, which had previously leading a $14.8 million round for the startup in 2015. In a statement, Brandon Capital managing director Chris Nave said Global Kinetics was a “perfect example” of Australia’s medtech scene.

“Global Kinetics is a perfect example of Australia’s biomedical capabilities, with the technology taken from concept to commercialisation here in Melbourne and the product now being manufactured in Australia and exported to the world,” Nave said in a statement.

“Global Kinetics’ technology is improving the lives of people with Parkinson’s disease, with over 25,000 PKG patient reports delivered around the world to date. This $7.75 million is part of a Series 6 Funding Round for the company, taking the total amount raised by the company to over $45 million.”

Part of that $45 million includes $1.5 million raised by the company in 2015 via equity crowdfunding, which at the time was the highest amount raised by an Australian company using the then-primitive fundraising method.

Brandon Capital’s previous involvement as an investor meant the raising process was fairly straightforward for this round, says Goldsmith, who explains the investment fund has been an “extremely loyal” shareholder.

“We’ve been very lucky to have Brandon Capital on this journey with us from the beginning, and it’s fantastic to get that validation from them,” she says.

“They’re very abreast of the company’s development so for this raise that typical due diligence process was less tricky.”

The funds themselves will be funneled towards getting the PKG registered for a reimbursement code in the US and other markets, which would allow the device to be claimed against schemes such as Medicare by medical health professionals.

In a joint statement with Innovation Minister Michaelia Cash, Minister for Health Greg Hunt said the investment was a mark of Australia’s improving and growing medtech sector.

“Our biomedical industry is expanding, and businesses like Global Kinetics put Australia on the world stage. I look forward to seeing more of their products helping to improve the lives of Australians, and people around the world in the future.”

Goldsmith agrees, calling the current medtech space in Australia “really exciting”. She believes the area, especially digital health, is one of the fastest maturing in the country.

While the current focus for the company is putting the newly-raised funds to good use, Goldsmith says the broader goal is to have the PKG routinely used by people with Parkinson’s over a long period of time.

“We want it to underpin most clinical decisions made for people with Parkinson’s,” she says.

NOW READ: $43.4 million announced to drive innovation in pharmaceuticals and medtech around Australia