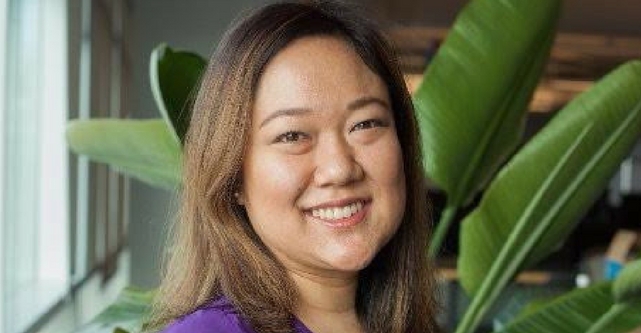 Weploy has been busy since launching in April this year, with $1 million in funding to “change the way people look at employment globally”; in five months, the startup has grown from three employees to a team of 20.

The startup was founded in mid-2016 by Nick La and Vince Luong to provide a marketplace for vetted and experienced job candidates to step in when businesses need someone to fill in a role at short notice.

For its latest hire, Weploy is bringing on Marissa Senzaki as head of talent acquisition and ‘Weployee’ experience, after head of growth Tony Wu did some talent acquisition of his own and sent Senzaki a LinkedIn message pitching Weploy’s services to Slack.

“We had a really good conversation, and I was amazed by what they were offering — I wish I’d known about it sooner,” she says.

Senzaki was most recently the senior corporate recruiter at startup giant Slack, spearheading its recruitment in the US, Ireland, Japan and Australia, and Wu’s message arrived just as she was leaving the company in March.

“I originally came over to Australia for Slack to build up their APAC headquarters, and at the beginning of this year things had slowed down in terms of the growth they were projecting for Asia -Pacific,” she explains.

Senzaki has recruited for Silicon Valley giants like Google, Facebook and Skype, but after returning to San Francisco to set up her own consulting business, she realised she wasn’t ready to say goodbye to Australia for good.

“While there wasn’t a need for a full-time [Slack] recruiter to be based here, I fell in love with Melbourne and Australia in general,” she says.

Slack had grown from 46 to over 800 employees in the two-and-a-half years since Senzaki joined the startup, she says, and after spearheading this growth she was ready to start looking for the next startup challenge.

“I see myself as a serial startup employee — I tend to join companies when they are still growing and figuring things out and that’s when I’m most alive and passionate,” she says.

“It came to the point where I realised I want to go through that journey again.”

How to hire top startup talent

During her time at Slack, Senzaki learnt the value of building a strong community and culture within a startup; she says having this strong base is crucial when growing a new team.

“I think some of the things that Slack does really well is having a very human voice and interaction with their customers,” she says.

“That’s how they were able to succeed so early on without any sales or marketing — it was purely engaging with the community, and I want people who are Weployees to feel like they are part of this community.”

Building a community is also about establishing a company culture that is cohesive and values-driven from the outset, Senzaki adds.

“I think as a startup — [for example] Weploy growing our internal team — culture is one of the most important things you need to get right from the beginning,” she says.

“Too many startups hire who they think is top of the tech talent [pool]. While tech skills are important, it’s important to make sure everyone’s values align from the beginning.

“If any of that is mismatched it causes friction.”

Once a startup is ready to expand its team after building a strong sense of internal culture and community, Senzaki emphasises it’s “absolutely important” to draw from a diverse pool of talent when hiring.

This can sometimes mean doing away with traditional CVs and cover letters, and instead looking at how a person’s life experience and background can contribute a fresh perspective to a startup.

“The traditional methods [of recruitment] can allow for too much unconscious bias to seep in,” she observes, adding that combating this bias is “definitely an ongoing conversation” the tech world needs to have.

“I don’t think it’s a one solution kind of thing … [but] having a diverse team from the start will help you get those diverse perspectives,” she says.

Weploy is now looking to grow its staff of 20 to between 30 and 40 in the next year, and as part of this move to be more open and diverse is now “making it as simple as possible for people to have an interview with us” according to Senzaki. This means CVs will not be required for the recruitment process, but can instead be supplemental to a job application.

From startups similarly looking to attract a diverse and inclusive team, Senzaki advises they should be constantly asking themselves: “are we being welcoming and attracting as many different types of people as we can?”