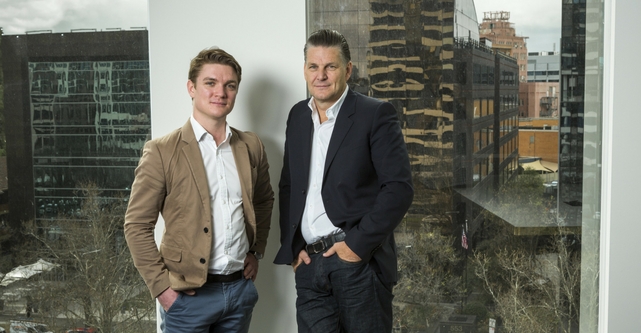 Melbourne-based fintech Study Loans is on a mission to rebuild trust in the student loans sector, launching its credit engine offerings after raising $2 million in seed funding from investors including the Simonds family and RMY Corp, as well as $5 million in debt equity.

Study Loans co-founder and chief Brett Shanley says the startup’s private student loans offerings are the first of its kind in Australia, and build on the huge market for the services in the US.

“Something I lose sleep over is having too much demand and not being able to have the dollars to lend out,” Shanley tells StartupSmart.

While Shanley believes there is a “huge market” for the service in Australia, it needs to be rolled out in a “managed, sustainable and controlled way” to prevent exploitation of students unable to pay back hefty loans.

Shanley says he was “very fortunate” in securing this funding from investors such as the Simonds family — who he had worked for prior to founding Study Loans in February this year — but says this cash injection is just the beginning for the startup.

“This [$2 million in funding] is just to get the business going in terms of building out the team and operations, and the $5 million is just to cover the first wave of loans we will be giving out to students,” he says.

The startup gained its Australian credit license in August, and launched its offerings last Friday with 20 education providers on the platform, including the College of Event Management, IndustryLink Training, General Assembly and Plato Project.

Eligible studies can take out loans of between $2000 and $15,000, which are subject to indicative monthly interest rates of between 12% and 18%. They also pay a once-off loan establishment fee of $200 and a ‘drawdown’ fee of $25 per units of study.

According to an eligibility checklist on the Study Loans website, students must be at least 18 years old, Australian citizens or permanent citizens, and earning more than $20,000 per annum.

Shanley says the startup has already given out a handful of student loans, but stresses its main ethos is “first and foremost, responsible lending.”

Study Loans lends funding only to students who can pay it back, Shanley says, and is purely study-focused, only charging students for the portion of courses they have completed.

Flipping student loans “on its head”

When the federal government replaced the VET Fee-HELP scheme on January 1 this year with VET Student Loans, Shanley said he pre-empted the changes, which pulled $2.4 billion from the education sector, and realised the need for private providers to contribute to and re-build trust in the sector.

“The media and government made it out that it was the education providers that were bad,” Shanley says.

“There’s always some bad apples, but anyone who knows anything about it [the VET Fee-HELP scheme] knew it was a poorly implemented system,” he says.

Shanley points to the “madness” of the scheme allowing education providers to be paid in full if a student left the course past census date, 20% brokerage fees and “shocking” dropout rates as evidence of the system’s failings.

“We have forever been depending on the federal government as the person to lend money to students,” Shanley says, adding that the Australian and UK governments “have done a great job educating people into debt”.

“Students are of the view that because it’s from the government it’s good, but they have no idea about compounding interest or fee loading, and they have no clue what they’re signing up for,” he says.

Shanley says he wants to build trust in the student loan sector again by “flipping it on its head” and selecting which educational institutions his company partners with and which courses are funded, and only releasing loan grants to the education provider for each part of the course a student completes.

“This makes the education institution ask: one, can the person complete this course and two, is this course right for them?” Shanley says.

“What we are trying to do here is to benefit the student.”

Shanley says Study Loans will also only be funding loans for courses and educational instutitions that “are truly able to deliver on completion rates and job outcomes” and will not continue to fund loans if a courses’ rate of job outcomes drops notably.

“We don’t want to be giving loans to people who aren’t getting any benefit from the education they’re taking up,” he says.

Shanley says between now and Christmas time the startup will be working to make sure its processes and systems are working effectively, and from January onwards will be looking to ramp up the volume of loans it provides, hoping to service 3000 loans and reach a $30 million loan book by September next year.

“We want to be making improvements constantly that add transparency for both the student and the education provider,” he says.

Having a student pay a $200 application fee, at least 12% interest on the loan, plus a drawdown of $25 per study unit(???) seems a strange way to “rebuild trust”. This seems nothing more than an opportunistic way to prey on students who may find themselves in a tough situation.