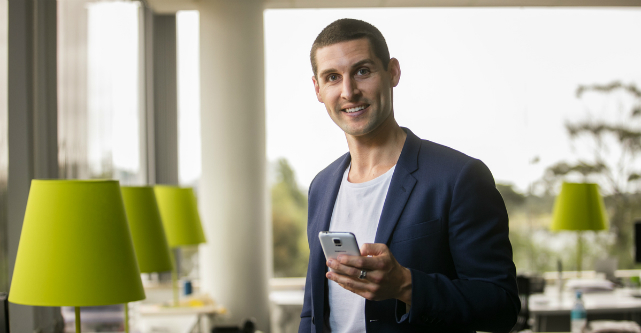 Melbourne-founded mobile ad startup Unlockd has secured $30.8 million ($US23 million) in Series B funding in one of the largest startup investment deals for an Australian tech startup this year.

The deal led by Axiata Digital, an arm of Asian telco giant Axiata Group, will give Unlockd ground-level access to local customers and businesses in key markets it’s planning to tackle over the next year including Indonesia, Malaysia, India and Singapore.

“The partnership with Axiata and access to their carriers in ten regions and 320 million customers will only serve to strengthen the market-leading position we occupy in this space,” Unlockd co-founder and chief executive Matt Berriman tells StartupSmart.

The latest investment also saw participation from Alium Venture Capital and existing investors, including Lachlan Murdoch and Catch of The Day co-founders Hezi and Gabby Leibovich.

“We have raised over $50 million to date in seed, Series A and Series B funding,” says Berriman.

The latest raise puts Unlockd near the top of the list for the largest capital raises by Australian startups this year. Sydney software firm Deputy raised $33 million in Series A funding in January, while healthcare marketplace HealthEngine secured $26.7 million in Series C funding in April.

The decision to raise more capital this year comes as Unlockd embarks on major international expansion plans including the US, UK, the Caribbean and the United Arab Emirates.

“There are different ways you can choose to grow a hyper growth business,” Berriman says.

“We have always known that achieving scale and a market leadership position were integral to our future success and as such we have chosen to do so quickly and raise a significant amount of capital to assist in that growth trajectory to continue to gain market share.”

Unlockd was founded in 2014 and allows users to view ads on mobile phones in return for discounts on bills.

Growing its team is a key focus for the startup, which recently brought on former Twitter executive Aliza Knox as its chief operating officer.

“We have a core team of 50 spread across our three hubs of Melbourne, New York and London,” Berriman says.

“This will increase by about 40 percent over the next six months and more thereafter as the business continues to grow and to support commercial growth.

“While we can’t disclose user numbers and turnover, what I can say is that our investors as well as our telco and media partners are very happy with triple digit growth we continue to show.”

Reflecting on the journey to date, Berriman shares some of the biggest lessons he’s learned as founder.

What part of Unlockd’s growth has surprised you the most?

“Only some two years ago telcos and ad-funded models to provide consumers a value exchange had never been proven at scale, and globally.

“Today we have multiple partners in the telco and content space and the way the market has moved continues to reinforce that standing still will only reduce the relevance of consumers to their businesses.

“The pace of that transition has been amazing, and much quicker than I anticipated which shows it’s at a tipping point.”

How long did it take to secure one of the biggest tech startup investment deals of the year?

“We started the process of raising our Series B in [the fourth quarter] last year and had several strong lead strategic investors … with Axiata, we’re confident that we’ve found the best strategic partner in Asia to help us accelerate the market growth in the region.”

What did the latest fundraise teach you?

“Many never make it past a seed or Series A so it’s a huge testament to the team who continually deliver day in, day out.

“Continuing to focus on metrics and building a sustainable business that solves large global problems is key, as is allowing enough time to raise the funds as it always takes longer then you anticipate.”