There’s another 10-minute grocery delivery startup on the scene, with Milkrun, headed up by Koala founder Dany Milham, emerging from stealth mode with a $75 million raise.

The new funding comes six months after the business closed an $11 million seed round, securing funding from Aussie VC AirTree, as well as from Atlassian co-founders Mike Cannon-Brookes and Scott Farquhar, who invested through their respective VC firms Grok Ventures and Skip Capital.

Milkrun launched four months ago, and has been operating somewhat under the radar since.

The $75 million Series A round is led by US investment giant Tiger Global Management, which also this week poured $28 million into Aussie wholesale marketplace startup TradeSquare.

Having co-founded mattress business Koala back in 2015, Milham is no stranger to startup life.

That business is now reported to be worth $500 million, meaning Milham and co-founder Mitch Taylor have a personal wealth of about $150 million apiece, according to the Australian Financial Review‘s Young Rich List.

However, after stepping away from the business to care for his sick father, Milham was looking to get back into the grind, starting something new from scratch.

He noticed a near-universal demand emerging for fast delivery, and realised that this model would work best for a product ordered at high frequency. Groceries — which people can buy twice a day or more — were perfect.

The service, promising delivery of online grocery orders within 10 minutes, is currently available in 35 Sydney suburbs.

A network of warehouses, or ‘dark stores’ stock between 1500 and 2000 everyday grocery items. Fully employed staff members — as opposed to gig economy workers — pack up orders and make speedy deliveries via e-bikes.

While Milham doesn’t share any details on the revenues the business is generating, he does hint that “you don’t raise that amount of money without growing extraordinarily fast”.

When those numbers are made public, “I think we’ll definitely break a lot of records”, he teases. 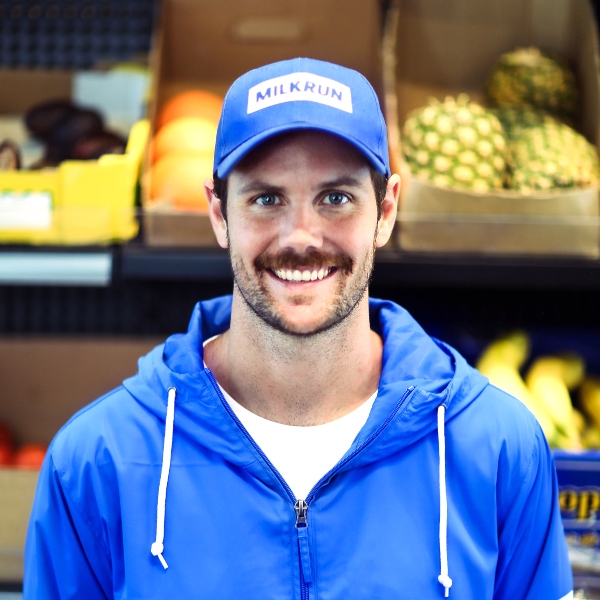 A market shift in the grocery category

This funding will be used to fund an expansion across Greater Sydney and into other cities across the country, as well as fueling a hiring spree and investment into the product.

With a network of dark stores to pay rent on, a huge team of employees and significant stock outlays, this is a capital intensive business, he notes.

The funding will allow Milkrun to continue on its current growth trajectory.

It’s also a sector that is quickly becoming a little crowded, so staying ahead of the game will be crucial.

In December last year, Voly raised $18 million for its own platform delivering groceries within 15 minutes, and in August 2021 Send raised $3 million for a similar service.

Milham says grocery is “the last frontier” of category disruption — a sector that hasn’t been shaken up in a very, very long time.

People have grown accustomed to ordering a butter chicken for dinner and having it delivered within 30 minutes, for example, he notes. It stands to reason they should be able to order the ingredients and get them delivered just as quickly.

“I think it was a matter of time.”

Inspiretek has just closed a $2.5 million seed round, and is already gearing up for a Series A that will value the business at $50 million.