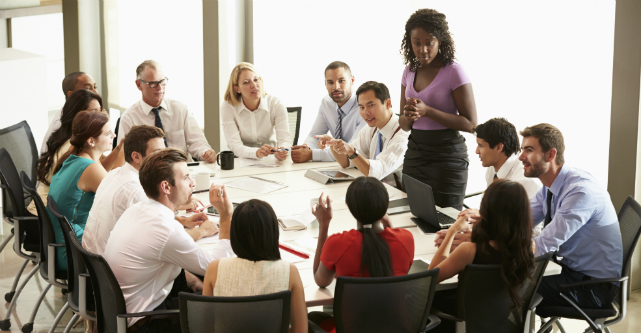 A rise in the number of women in senior management positions is the good news in WGEA’s latest survey of Australian workplaces, but blink and you might still miss seeing such women in your office.

Women account for 16.3% of CEOs and heads of businesses in the 12,000 employers providing data to the Workplace Gender Equality Agency (WGEA), and 28.5% of key management personnel.

While seeing an increase is a plus, they’re relatively minor jumps given the amount of rhetoric from our largest employers on the need to support and nurture female talent.

Sadly, women are still not being rewarding accordingly, with the data showing a 23.1% gender pay gap in full-time total remuneration between men and women working full-time, with men earning an average $26,853 a year more.

At the ‘key management personnel’ level, that gender pay gap (which includes bonuses) is a massive $93,884, dropping to just over $75,000 for ‘other executives/general managers’ and almost $47,000 for senior managers.

The financial and insurance services sector continues to have the highest gender pay gap, at 33.5%, but gaps still exist across every industry.

The trend of undertaking a remuneration gap analysis appears to have slowed, with just 27% reporting to have done such a task, a small increase from 26.3% in 2014/15.

Meanwhile, the data shows there are plenty of ‘double-dipping’ mothers across the country, with 48% of organisations currently offering paid primary carers’ leave to staff – although the average on offer is down from 11 weeks to 9.7.

It will be interesting to see how this figure shifts when the government introduces it’s proposed plans for winding back the scheme in 2017.

We may well see employers offering other entitlements instead, such as more subsidised childcare (currently offered by only 3.1% of employers) or onsite childcare facilities (offered by 5.1%).

And we’re still yet to see a ‘normalisation’ of part-time work across both genders, with part time working women accounting for 16.1% of the entire workforce, compared with 5.2% of men.

Due to release the data at the National Press Club today, WGEA director Libby Lyons says that while organisations are moving in the right direction, progress is still far too slow.

Key findings from the report