What does Officeworks do when the cafe supporting hundreds of its warehouse shift-workers closes?

It gives Karla Borland a call.

Borland is the founder of Morsl, a self-service food and drink market that’s being installed in the offices of some of the biggest corporates in Australia, from Channel 7 and Employsure to Macquarie Bank and Qantas.

The markets — a far cry from a $1 charity box or packet of saltine crackers, but also much more convenient than an entire cafe — have been taking off with corporate partners over the last 12 months, driven by a desire for a nutritional solution that’s easy, affordable and caters to healthy options, Borland says.

“I had been working in an office environment for 15-plus years and I’d frequent the vending machine,” Borland tells SmartCompany.

“It was the soft drinks, the chocolate, and I struggled to eat well.”

“I thought, ‘wouldn’t it be nice if someone put a really tasty salad in so I didn’t have to head down the road?’

“I wanted to break the old model apart,” Borland says. 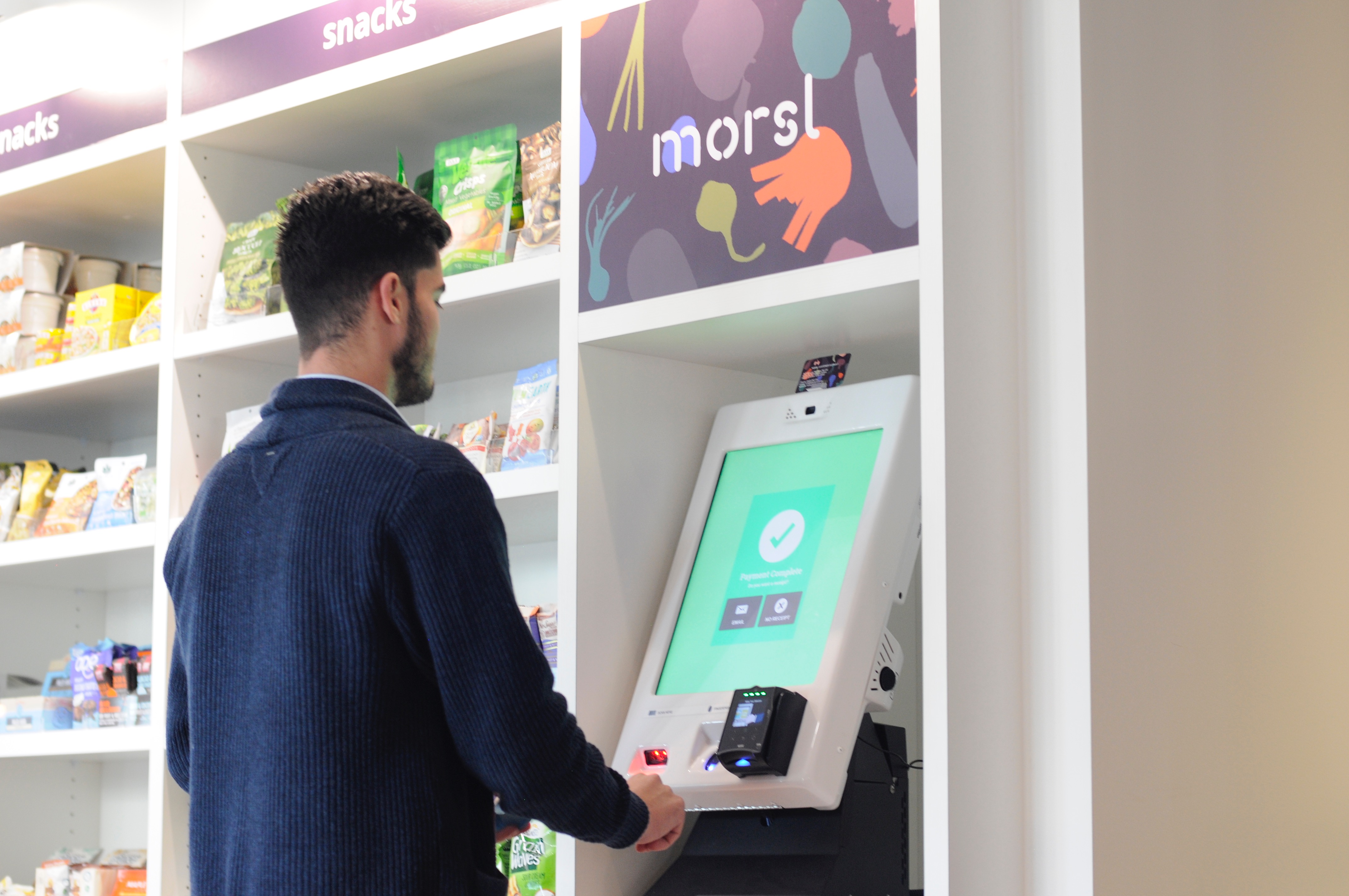 Realising her lunch-time quandary was a business idea, Borland did away with the vending machine and looked to disrupt the traditional in-office catering model by installing a set-up that actually resembles a supermarket or convenience store aisle — albeit, inside an office.

Equipped with self-service checkouts, refrigeration units and traditional-looking shelf space, Borland is now in the process of closing her first capital raise and has locked in $250,000 in investment already, hoping to double that figure in the coming weeks.

With fresh food suppliers already locked in, Borland hopes to scale the business quickly in offices across Australia, targeting firms on the ASX 100.

“Bigger corporates usually have in-house cafe’s already, so we’re really a complement to that, or we could replace those solutions,” Borland says. 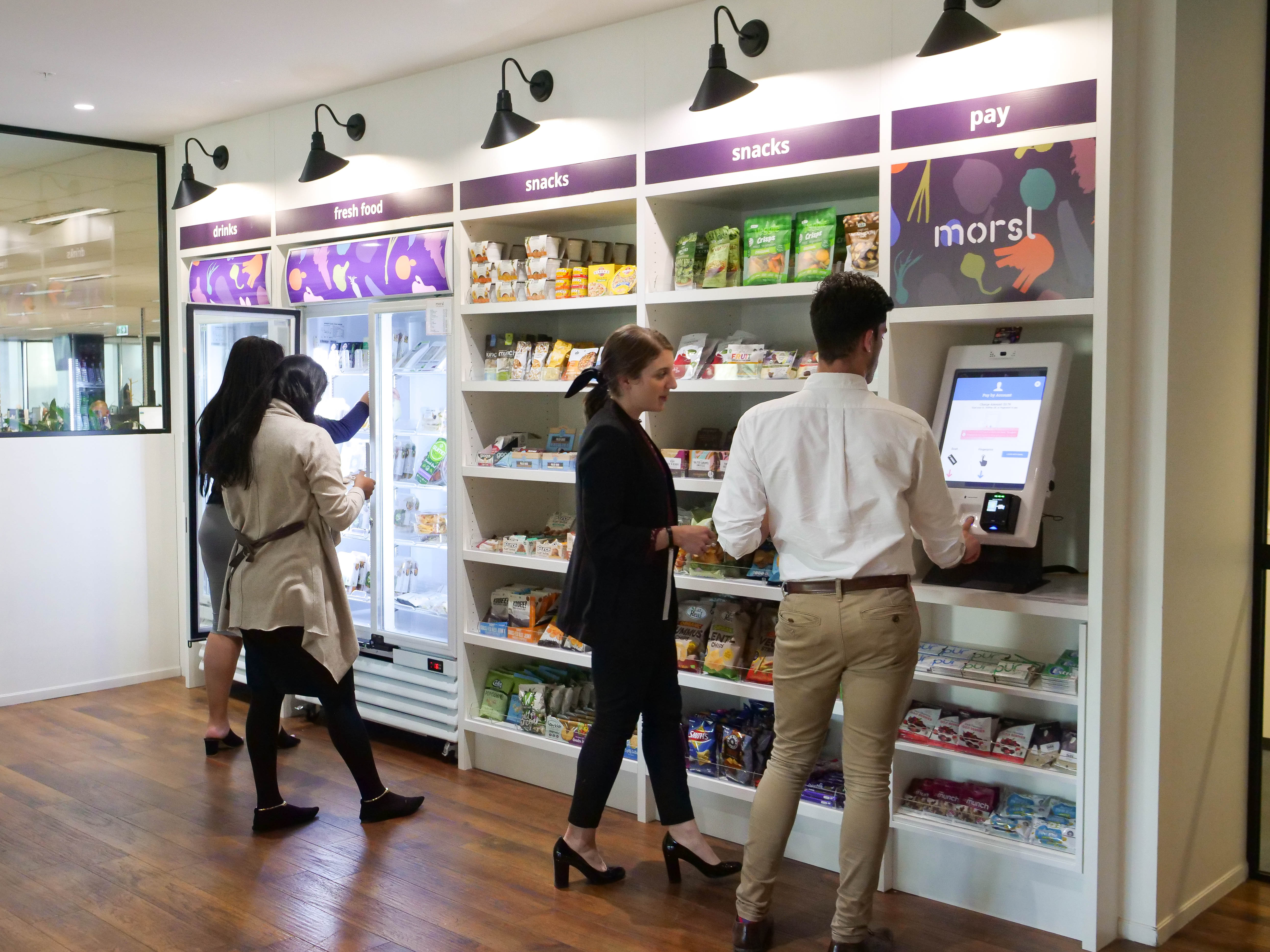 “We tailor the food offering to each location; we understand the eating habits, demographics, and take on continual feedback.

“I want it to feel like a trendy cafe.”

Morsl checks a few boxes for corporate human resources bosses. When trying to manage a workforce of several hundred or more staff at a time, things like catering become topics that have a real impact on workplace productivity.

“Food is such a foundation, and the nutrition challenge has been difficult to solve,” Borland says.

“It’s about making it easy for staff to access healthy food.”

With that in mind, Borland has positioned Morsl as a healthy option in the micro-market industry, stocking her shelves to the brim with fresh salads.

“We live by the 80-20 rule … 80% healthy options and then you’ve got the 20% where people still want their Smiths chips and chocolate on a Friday afternoon,” Borland says.

Morsl is now preparing to move into Melbourne before the end of the year, as Borland targets 130 markets within the next two to three years.

The business monetises the markets through direct sales from office staff, but corporate clients are able to subsidies the markets as well.

Borland’s next step is to achieve positive cashflow. The business has been bootstrapped to date, but the founder says she’s finally starting to drive enough scale to find black.

“With any startup, there’s always a period of negative cashflow, because we’ve set the business up for scale.

“But with the next eight markets we’re launching, we’re going to move into a positive cash position,” Borland says.

NOW READ: Amazon Australia has launched a food and grocery offer that’s very competitive on price and is already selling out of some products

NOW READ: Amazon doubles down on bricks-and-mortar tactics with catalogue ahead of Christmas