Nanosatellite startup Myriota backed by Boeing in $19.4 million Series A funding round 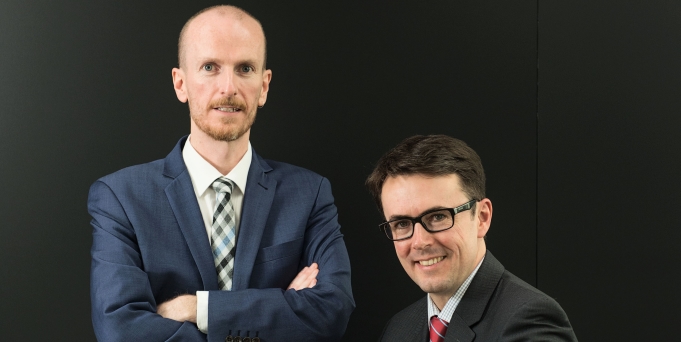 Adelaide-based nanosatellites startup Myriota has finalised a $US15 million ($19.4 million) Series A capital raise backed by Boeing and Blue Sky Ventures, continuing a wave of interest and investment in Aussie spacetech startups.

The startup was spun out of the University of South Australia’s Institute for Telecommunications Research in 2015 by founders Dr Alex Grant and Dr David Haley, who identified a gap in the market for Internet of Things (IoT) connectivity direct-to-orbit through the use of bread loaf-sized nanosatellites.

With $2.5 million in seed funding from Canadian business ExactEarth, the team kickstarted development on Myriota. Haley explains to StartupSmart the overarching aim of the startup is to allow IoT enabled devices in any industry to connect to a global network, no matter where they are on the globe.

“The devices can be located anywhere on the surface of the earth, anything that needs to connect to something but is located remotely, across all the typical industries such as agriculture, logistics, maritime, and environmental monitoring,” Haley says.

The $19.4 million capital raise, one of the largest traditional venture capital raises in Australia this year, kicked off around six months ago, with Haley saying having the amount finalised and the investors secured is “fantastic and exciting”.

The backers include what Haley describes as “experienced and high profile” domestic backers such as CSIRO’s Main Sequence Ventures and Blue Sky Ventures, who led the round, and VC firm Right Click Capital. Aerospace giant Boeing also contributed to the raise through its HorizonX Ventures arm, along with Singaporean fund Singtel Innov8.

“Boeing, being a pioneer in the aerospace industry, will be invaluable with their connections and experience, and with Singtel Innov8 being a large telco, we have the ability to work with them to offer complementary services with their existing offerings,” he says.

“Main Sequence Ventures has a well-established deep tech focus, and we are a deep tech company, and Blue Sky has an amazing track record and will be really helping us grow.”

Myriota is Boeing’s first major investment outside of the US and HorizonX vice president Steve Nordlund said in a statement the investment was “compelling”.

“The Myriota team channelled its telecommunications expertise to develop a solution that simultaneously connects hundreds of millions of low-cost, low-powered transmitters to satellites. This was a compelling investment for us because as a global company, Boeing recognises and supports the innovation occurring in Australia and beyond,” he said.

The cash from the raise will be funneled into Myriota’s hiring, with the startup looking for 20 new employees over the next two years, and 50 in the longer term. They’ll mostly be working in product development, says Haley, although some will be focused on sales and marketing. The startup will also be expanding to have offices overseas.

Haley isn’t worried about getting quality talent to come work at Myriota, something that other startups in the scene have regularly pegged as a struggle. He says the team has been fortunate in who they’ve hired so far.

Expanding his view to a five-to-ten year timeframe, Haley says the startup will be aiming to have 50 nanosatellites in orbit by that point. The more nanosatellites the team has in the air, the closer they can be to providing real-time coverage. The two founders and a nanosatellite. Source: Supplied.

“That number of satellites would give us real-time coverage of anywhere on the planet,” he says.

According to Fairfax, late last year one of Myriota’s satellites was set to be on board one of Elon Musk’s SpaceX rockets, however, the launch was delayed due to poor weather. Haley could not confirm the startup’s relationship with SpaceX, but said one satellite is scheduled to launch in the middle of the year.

And with CSIRO’s Main Sequence Ventures being unapologetically on the hunt for ‘deep tech’ startups, Australia’s spacetech scene has officially heated up, with Myriota’s significant raise being the latest mark of growth for the burgeoning sector.

Haley is understandably bullish as well, saying spacetech startups are well poised in terms of both industry and government support, and that Myriota would “certainly” like to see further growth and development in the field locally.

NOW READ: Elon Musk is launching a Tesla into space, and here’s how SpaceX will do it