The astounding growth in Australian fintech startups has been highlighted in a new ecosystem map released by FinTech Australia today and comes ahead of the release of the organisation’s next census, which will be available later this week.

One hundred and sixty-two companies are included in the snapshot, which is a 36% increase from just four months ago. The areas of fintech that have seen the most growth include lending (40%), wealth and investment (31%), and payments (30%).

Blockchain startups have also started to take up a significant slice of the sector, with companies such as Living Room of Satoshi and AgriDigital landing a place on the map, which was published to coincide with the Intersekt fintech conference.

“We think it gives a great visual platform to inspire discussions in Melbourne about the current state of the Victorian and Australian fintech industry,” FinTech Australia chief executive Danielle Szetho said in a statement.

“The map is also an important tool to give the world a close insight into what our members are doing and how the Australian fintech industry is rapidly growing and changing before our eyes.”

The map also now includes a new section for the recently launched Insurtech Australia, which aims to support and foster the growth of Australian startups in the insurance industry. Nine insurance organisations and startups are included in the ecosystem visualisation, including Cover Genius and AI fintech Flamingo.

“We are all proponents of tech in the financial sector, and we want to see the fintech community coming together around the common thread running in the insurtech space, which is enabling not disrupting,” Insurtech Australia co-lead Brenton Charnley told StartupSmart last week.

Check out the ecosystem map below. A high-resolution image can be found here. 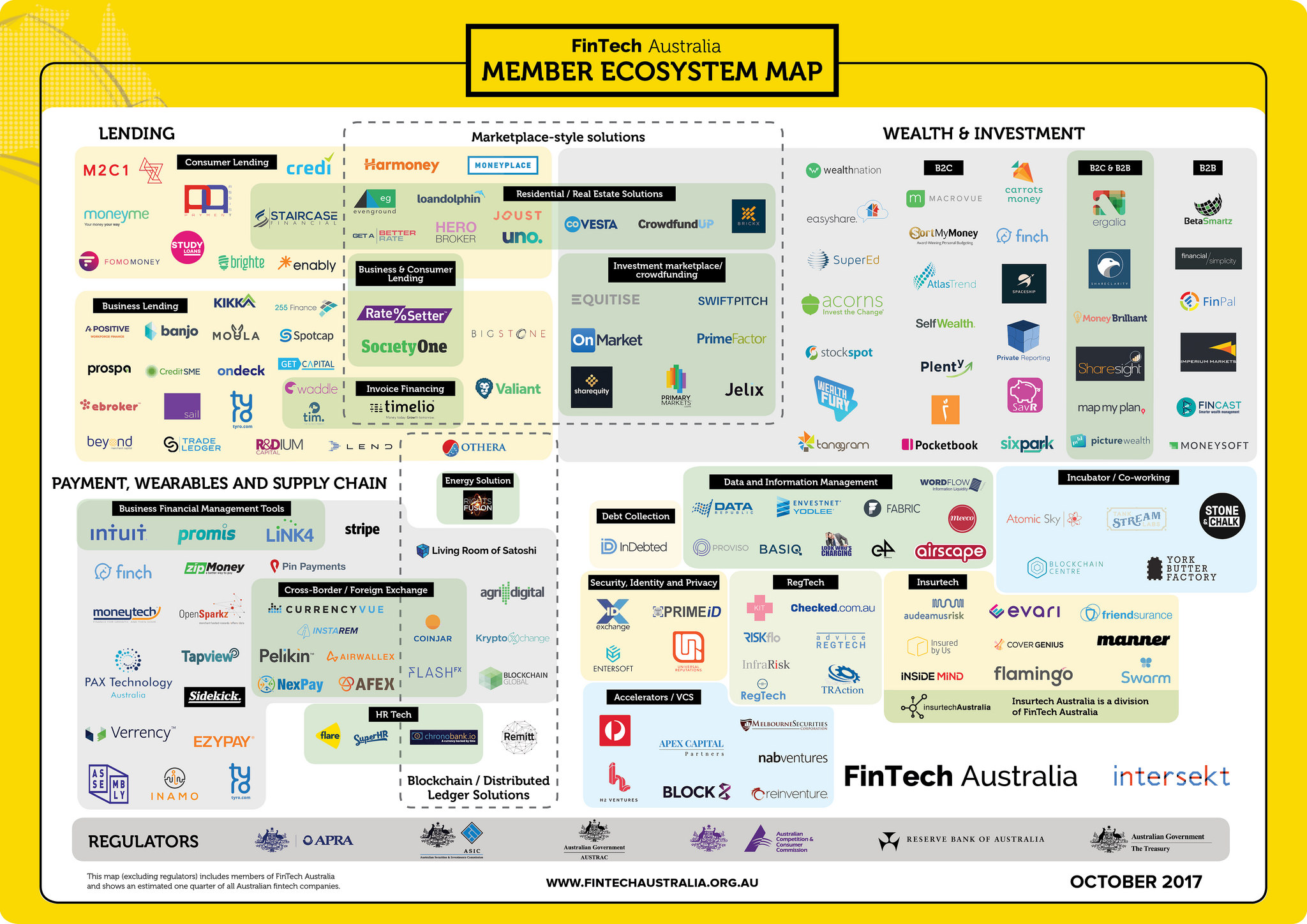