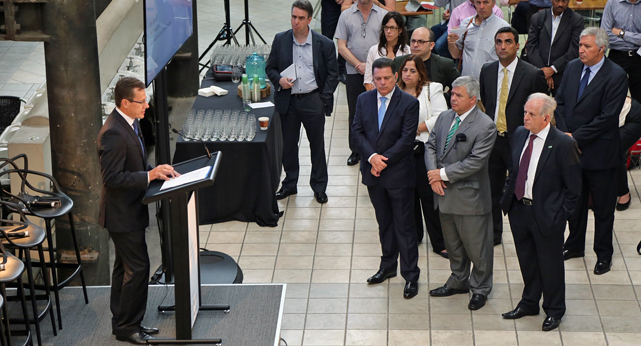 A new innovation centre focusing on the Internet of Things has launched in Sydney as the global IT firm behind it pledges to contribute $US15 million to the Sydney and Perth ecosystems along with its partners.

“The aim is to turn innovation into real commercial solutions based on IoT in agriculture, smart cities and transportation in Australia,” Cisco Australia and New Zealand vice president Ken Boal says.

The centre will create exposure to IoT innovations by bringing customers, startups, entrepreneurs, government, accelerators, universities and the broader community together under one roof.

Cisco experts will work with startups and industry partners to develop proof-of-concepts, features and functionalities for rapid prototyping.

The Innovation Central Sydney launched with initial partners including Data61, the University of New South Wales, and ATP Innovations, where it will be located.

It will be the second Australian centre established by Cisco after it launched in Perth late last year.

It will be Cisco’s 10th innovation centre around the world with established centres in fast-growing smart cities like Rio de Janeiro, Barcelona and Berlin.

Bolstering efforts to generate economic growth around the world, Cisco has announced it will invest $US15 million into the Perth and Sydney centres over the next five years along with its partners.

The new hub has been welcomed by the local farming and agriculture community.

“The IoT is critical to enabling data driven approaches to production and to optimising sustainability, profitability and quality assurance,” Brand says.

“Our participation in the centre is about accelerating adoption by our members and helping to ensure that developers understand operational requirements as we seek to close the gap between farmers and their customers.”

“In order to do this we need to work closely with industry and to focus on digital transformation,” Blair says.