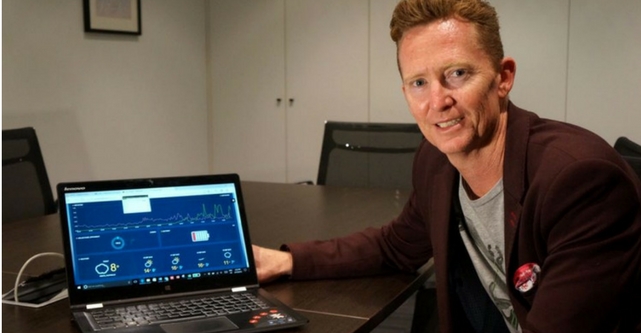 Australian blockchain company Power Ledger has landed a trial partnership to roll out its peer-to-peer energy trading with Japan’s second-largest electricity company Kansai Electric Power Co (KEPCO), in another win for one of Australia’s most successful blockchain companies.

The deal is small-scale at first: the energy retailer will share meter data from up to 10 homes in Osaka, Japan, which Power Ledger will integrate with its blockchain-based energy trading platform. This will allow the company and residents to monitor their energy use and facilitate energy trading between solar panel users.

Power Ledger’s co-founder and chief executive Dave Martin tells StartupSmart the startup — which raised $34 million via an initial coin offering (ICO) in October — has been in talks with KEPCO for 12 months now after representatives from the energy retailer came to Perth on an Austrade mission. It was then the two companies began to discuss the future of decentralised power systems, leading to repeat visits and eventual collaboration.

Japan has one of the highest penetration rates of solar power use in the world, with the second largest solar photovoltaics (solar panels) installation capacity, behind China. Martin says KEPCO was looking for a way to help incentivise its consumers and provide them better control over their systems — gaps which Power Ledger could fill.

“KEPCO is no small fry. They’re a serious international utility, and for us to get those sort of relationships points to a level of trust in the tech, and a trust in the relationship as well,” he says.

“To see a utility like KEPCO in a market like Japan actively taking steps to operate under a new paradigm shows there’s a great acceptance of the future of decentralised energy. It’s not just a small group of energy disruptors, the big guys agree too.”

The KEPCO trial is the most recent in a string of partnerships Power Ledger has formed, including ones in Melbourne, Fremantle, Thailand, and the US. However, all these partnerships have a similar structure: they are either small-scale commercial rollouts or trials.

This is a conscious choice by Power Ledger, says Martin, and while the startup would love to “make a big splash” and dive into large scale rollouts, he acknowledges smaller trials can be a better fit potentially trepid energy partners.

“We’re in a space where the tech is changing, and blockchain is still in the early stages of development and acceptance. It and crypto are still nascent parts of the new economy,” he says.

“For large industry players, trials are a great way of dipping their toe in the water. We’re having conversations with the view to deploy major projects and platforms with some of the partners we’re working with in the US, but we recognise that there’s a learning curve.”

Trials better demonstrate Power Ledger’s applicability, says Martin, but he highlights that the company is still focused on the commercial property and strata sector to help create revenue for the business.

Big guys on board

Despite the many conversations the Power Ledger team have had with potential partners across the energy industry, Martin says he’s yet to have one head south, or be shut down over the startup’s use of blockchain technology.

He says often retailers will question why they can’t achieve the same thing with a directional database, but come round after the team explains the complexity of the Power Ledger platform and the currency transactions that occur.

“There’s growing acceptance that the blockchain is the only tool that allows us to do what we need to do well. It’s cheap, secure, and will be a huge paradigm shift in the industry,” Martin says.

“It’s not so much a tech challenge but a cognitive challenge. No one we’ve talked to has said it won’t or shouldn’t work, or said that the industry shouldn’t be decentralised.”

Looking broadly across the blockchain and cryptocurrency sphere, Martin says that despite a few “jitters” here and there, the industry is maturing rapidly and is now subject to much better governance and regulation from operators and investors.

“Governments and regulators around the world are taking a closer and more detailed view, but not from the perspective of shutting it down, but around how they can work better and more securely with the industry,” he says.

“Blockchain is becoming a strong contributor to economies around the world.”