NSW government has committed $35 million to its startup hub, but what will the project need to succeed? 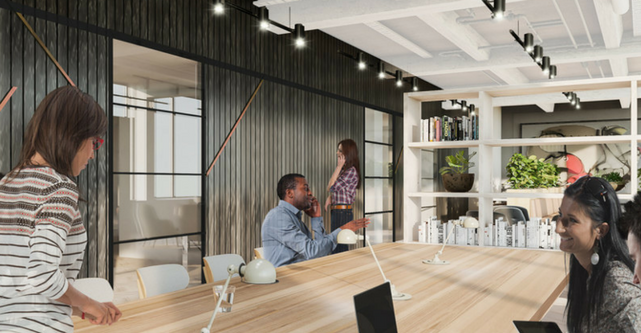 The New South Wales government announced on Thursday details of a $35 million funding package for an 11-floor startup hub in Sydney, set to be the largest in the southern hemisphere.

NSW Premier Gladys Berejiklian announced the funding from Jobs for NSW to facilitate the opening of a 17,000 square metre hub on York St, in an effort to build stronger links between the Australian fintech startup ecosystem and global markets.

This comes just weeks after Lighthouse founder Annie Parker announced she was abandoning the project to establish a central startup hub in Barangaroo, after reporting in a blog post that while Lighthouse was a huge supporter of the other project, the business case to have two hubs “simply doesn’t stack up”.

The hub announced this week will be spread across 11 floors above Wynyard Station, with the capacity to house 2,500 residents, which includes anchor tenants Stone and Chalk, Fishburners, Tank Stream Labs, and The Studio.

AirTasker co-founder Jonathan Liu welcomed the announcement, saying the hub would create “both a support framework but also an education framework to help further the innovation agenda.”

“There is no silver bullet to innovation, but this will open up more opportunities for Australians to create new businesses.” he says.

Chief executive of FinTech Australia Danielle Szetho echoed those sentiments, emphasising the potential opportunities for collaboration and creative collisions in this hub.

“Having a space that promotes collaboration and connectivity both within the startup community, and outward toward greater NSW and the Asia-Pacific region will ensure we have a vibrant and dynamic ecosystem with a forward-looking international perspective,” she says.

This proposed hub has funding, government support and future tenants, but now what does it need to create a successful startup community?

“For coworking it’s all about what the members need: It’s about them being able to access good work space, like minded people or help if they need it,” Ellis tells StartupSmart.

She also believes the key to a good coworking community is establishing a culture with a “give first mentality”.

“Community is based on culture…being open with what that culture is and encouraging a give-first mentality where you have more givers than takers.”

Ellis says establishing a good coworking culture gives the space “more of a family feel than a business environment” because the members “feel like they are part of something”.

Founder and chief executive of data-analysis platform Kapiche Ryan Stuart is a resident based in the TCB & Co. startup hub. He sees the access to a community of like-minded startup founders as a main benefit of being based in a coworking space.

“Being able to connect with other founders and teams to share experiences is great. Having people like Steve [Baxter] bringing through investors, government etc. for tours who make a doorstop to hear what you are working on is great exposure.” Stuart says.

He says coworking spaces should take a proactive approach to facilitating connections and mentoring opportunities, with an emphasis on attracting high-profile talent to these hubs.

“Having a co-working space being proactive in organising high profile mentors or presentations is really beneficial,” he says.

“Joel Pobar from Facebook gave a presentation late last year and people are still talking about it. Those kinds of engagements make a real lasting impact.”