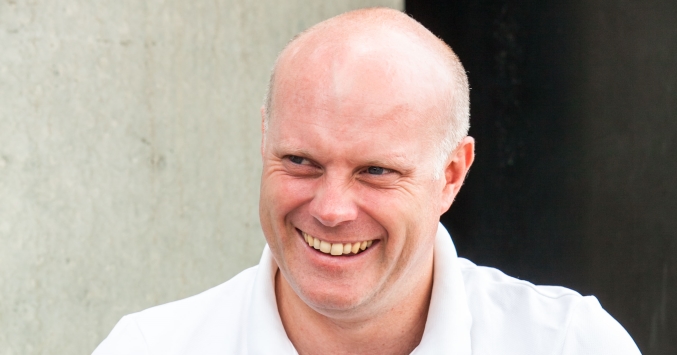 The startup was founded in 2015 by chief executive Matt Jones and founding team Matt Goodlet and David Colvin, starting out offering low-cost mobile calls and data plans as well as broadcast and media services.

The startup calls itself a media-MNVO (Mobile Virtual Network Operator), and has seen its success purchasing broadcast rights for lesser known or smaller scale sports through its OVOPlay platform, boasting a 600% increase in customer acquisitions over 2017, and well over 50,000 subscribers.

This includes partnerships with Waterpolo Australia, and Gymnastics Australia and other sports. Jones tells StartupSmart the team identified the niche for sports “long forgotten by major broadcasters” early on in the startup’s life.

“We realised there was no way for us to afford any of the top five sports in Australia based on the terms of their previous rights deals, so we switched our focus to ‘tier two’ broadcast sports,” he says.

“These have some of the highest participation rates but have no broadcasting. We started with one or two sports, and it eventually lead to a memorandum of understanding with the Australian Sports Commission to work together to commercialise and broadcast these sports.”

Jones says OVO is more focused on media offerings than any other telco in Australia, looking at how it becomes a value-add for customers on the startup’s telecommunications service.

While OVO has been working with SCA for 12 months already, the $5 million investment formalised the partnership and adds the media giant as a shareholder, something Jones says he had always aimed for.

“I’ve always had in mind that we would have a major media organisation as a shareholder. They’ve got the reach through their advertising network and expertise and skills in the media industry, so it’s fantastic to have a strong relationship with them,” he says.

SCA owns a number of radio networks such as Triple M and Hit, along with a number of regional television services. Chief sales officer Brian Gallagher said in a statement the company viewed a number of “untapped opportunities” for working with the startup.

“SCA is attracted to OVO’s business model of offering compelling mobile telecommunications offerings built around its own digital platform for unique sport and entertainment content,” he said.

“We think there are great untapped opportunities for us to work with OVO to bring great content to the target audiences our clients are seeking to reach.”

Jones says the deal opens up a range of content opportunities, either through local content creation or where SCA has the rights to content in places such as music and other sporting categories.

He says OVO will be making “brand new broadcasts” for the aforementioned sports and others, managing every aspect from content production, distribution, and marketing.

OVO has also re-signed a five year deal with telecom giant Optus to continue to use the network’s 4G services, and Jones says the startup is the fastest growing MVNO the telecom has signed in the last eight years.

Reflecting on his experience growing OVO, Jones advises other startup founders to network and build relationships with smaller companies and agencies on a “similar growth curve”, because while tier-one partnerships are obvious choices for startups, when those are unavailable it’s “all about the hustle”.

“Many of our suppliers are on the same trajectory on us in terms of maturity and growth, and as a result of that, our partnerships have both really benefited from each other’s continued growth,” he says.

“It’s very simple to say ‘I need brand awareness and marketing’, but don’t just look at traditional channels, look for successful strategic partnerships. Our ones with sports organisations are examples of this.”