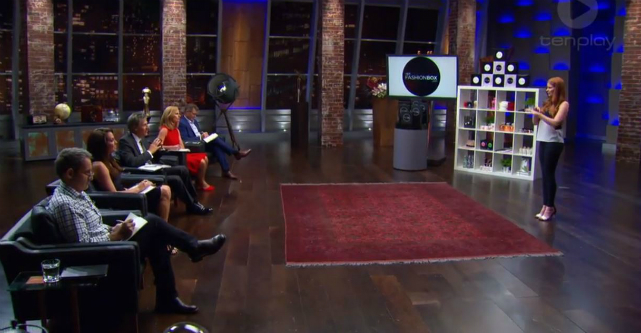 Consumers have been warned to avoid Sydney fashion subscription startup Her Fashion Box after several users complained about not receiving any products and still being charged despite unsubscribing.

The warning was issued by NSW Fair Trading after the state government organisation received numerous complaints.

Founded by Kath Purkis in 2013, Her Fashion Box is a subscription service where users pay $59.95 per quarter to receive a range of fashion and beauty products.

This business model was recently changed from a monthly subscription which cost $39.95.

The public warning from NSW Fair Trading, titled “Do not deal with Her Fashion Box” advises Australians to “avoid doing business” with the Sydney-based startup.

The state government body received 16 complaints about the company over delays in receiving the boxes, not receiving the products at all and money still being deduced from accounts despite the user unsubscribing, as Fairfax reports.

“The complaints received mostly relate to accepting payment without supplying goods, not responding to requests to cancel subscriptions and not responding to contact from consumers about missing goods,” Stowe says in a statement.

“In some cases, two monthly subscription payments were collected before any goods were delivered.”

In a statement to Fairfax, Purkis says there is currently only one user complaint from NSW Fair Trading “currently open”.

“In the small handful of requests from Fair Trading over four years in business, Her Fashion Box has always replied and actioned any requests immediately including proof of delivery, proof of tracking numbers, replacement items or refund if necessary,” Purkis tells Fairfax.

“We should be celebrating Australian businesses and encouraging a nation of innovative entrepreneurs instead of tearing them down.”

StartupSmart contacted Purkis but she declined to comment any further.

The warning comes after an A Current Affair episode earlier this year that aired the concerns of several Her Fashion Box subscribers.

Her Fashion Box was backed on Channel Ten’s Shark Tank earlier this year by investors Janine Allis and Andrew Banks, who chipped in $200,000 in exchange for 16% equity. The startup previously raised a $200,000 seed round in 2014.

On the episode, Purkis admitted that she was struggling to retain customers and reach profitability, a concern shared by Allis.

“The issue for me was the business model itself,” Allis wrote in a blog.

“Her customers did not stay with her for very long, which says to me that she was doing something wrong.”

Her Fashion Box’s Facebook page is littered with complaints from users that are unsatisfied with the product, while another page, Her Fashion Fail, has also been set up to voice concerns.

The business has also received several negative reviews on Product Review, receiving a score of only 1.1 out of 5 stars.

“This is a con, buyer beware,” a review says.

“This business needs to be shut down immediately – this has been the most stressful purchase I’v ever made on the internet,” another says.