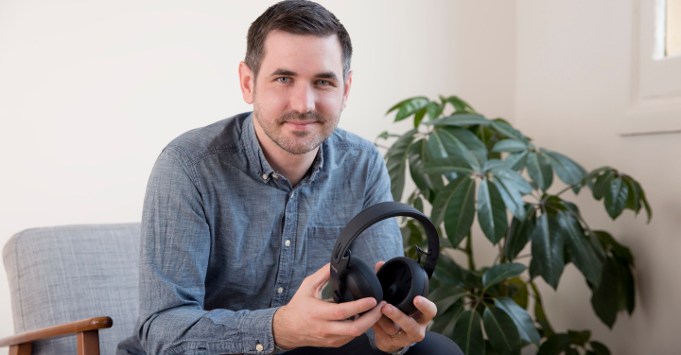 Melbourne-based headphones startup nura has closed a $21 million Series A funding round led by existing investor Blackbird Ventures to develop new products and accelerate the global rollout of its flagship “Nuraphone” personalised headphones.

Founded in 2015 by Luke Campbell, Dragan Petrovic and Kyle Slater (who has since left the startup), nura tailors its “Nuraphone” headphones to each listener’s unique hearing profile, adapting the sound to suit their ears.

It’s an offering that’s proven enticing to investors: this Series A round was backed by a range of startup scene heavyweights including Blackbird Ventures, AirTree Ventures, SOS Ventures and Qualgro Investment.

The round was heavily oversubscribed, with the startup raising $6 million more than planned thanks to strong interest from investors.

But the company is no stranger to exceeding funding expectations. In mid-2016, nura raised the highest amount to date for an Australian Kickstarter project, with $US1.8 million ($2.5 million) raised from almost 8,000 backers. The startup had initially aimed to raise $200,000.

This Series A round is the second raise the startup has completed in just 18 months, after receiving a cash injection of $6 million from Blackbird Ventures in 2017.

The startup will now be using this fresh funding to further develop the Nuraphone and drive a global sales push. Campbell says this funding will also help nura “get some new products in the pipeline” but is tight-lipped as to what these will look like.

Earlier this year, nura co-founder Luke Campbell expressed bold plans for the 30-strong startup to one day be as big as Bose. After this raise, it seems nura could be on track to tackling the $5 billion audio behemoth.

“We have very supportive investors…who could see our sales numbers which were also looking very good,” Brown explains.

“We were showing that we had excellent product-market fit, which made it easy to get investors on board.”

“Startup founders should really focus on your product market fit. You’ve got to believe in your product and make it as good as you think it can be.”

Campbell says maintaining strong relationships with past investors such as Blackbird Ventures has also been instrumental in nura’s growth.

“Investors can do a lot more for you than just give you money. You want investors that are going to give you value in lots of other areas, from providing intros to helping you hire talent,” Campbell says.

Looking to the future, Campbell has his sights set on making a name for nura on the international stage, buoyed by a range of new product offerings.

“Now it’s heads down and executing our plans for growth, global expansion, and getting new products out there.”