Sydney on-demand courier startup Go People has closed a $3 million capital raise as the demand caused by e-commerce giant Amazon has swept the local shipping industry into a flurry of growth.

Go People is a four-year-old startup founded by chief executive Wayne Wang, birthed under the name People Post and inspired by the sharing economy craze bought on by Uber. It aims to provide on-demand courier services for individuals and businesses, offering both singular service options and longer, contract-style work for users and clients.

The startup says it does hundreds of deliveries a day, with over 20,000 registered “runners” (couriers) on the platform, and it recorded 300% revenue growth last year. Wang tells StartupSmart the company attracts the vast majority of its new clients simply through word-of-mouth.

“We do make some marketing efforts, but word-of-mouth has been the most effective way for us to adopt clients,” he says.

There are a number of other courier startups and companies operating in Australia, including Zoom2U and Sherpa, but Wang says his startup’s approach to implementing artificial intelligence and machine learning sets it apart from other players in the market.

“We see ourselves as a technology company, and we have patents pending on our proprietary routing technology,” he says.

This tech helps the startup deal with days where volume is far higher than usual, such as Valentine’s Day, by intelligently routing and deciding how runners should drop their packages, eschewing some more common ‘suburb-based’ systems. 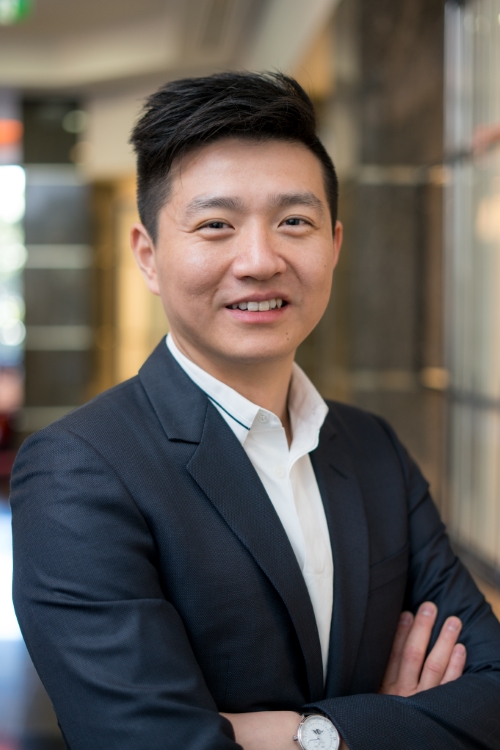 A total of $5 million raised

The $3 million raise complements Go People’s $2 million in capital it raised throughout 2016, and while the company is not revealing who exactly its investors are, Wang says they comprise of local and international strategic and individual investors. He says this opens the door for further, larger investments from strategic company partnerships down the line.

“Most of the money will be going into research and development as we want to keep pouring our money into our tech,” he says.

“We’re also consolidating our markets across five Australian capital cities, along with some reserves for marketing purposes.”

When the startup raised $1.25 million in 2016, Wang told StartupSmart that raise was initially going to be $3 million, but the startup turned back a funding deal after going through due diligence with the investors.

This time around, Wang says raising capital was easier than the previous two raises, primarily because the majority of investors participating in the round are pre-existing.

The founder has also seen the logistics and shipping industry take off in the wake of Amazon’s Australian launch at the end of 2017, saying many more businesses have woken up to the necessity of speedy and reliable delivery.

A survey conducted by Go People found that 41% of Australian shoppers place delivery speed at a higher priority than the ability to touch and feel the product. And while there has been much debate about the potential ramifications of Amazon’s Australian launch, Wang views it as a “positive move”.

“At the end of the day it’s the consumer experience that matters, and faster delivery is becoming a key part of the whole online shopping experience,” he says.

“We see it continuously growing and having a much bigger growth rate in the future.”