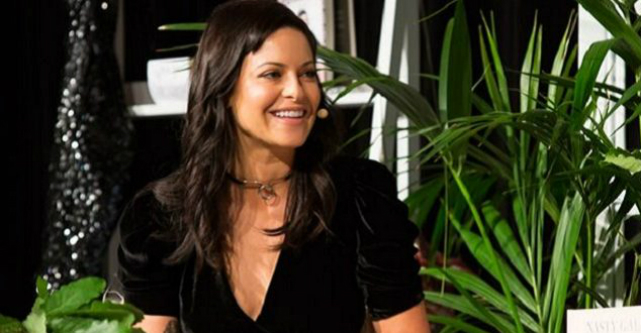 US online retailer Nasty Gal said it will file for bankruptcy protection just hours after founder and high profile entrepreneur Sophia Amoruso addressed a packed auditorium in Melbourne to share the secrets to her business’s success.

On Thursday Recode reported the $US100 million ($131 million) retailer was preparing to file for Chapter 11 bankruptcy, the equivalent of voluntary administration in Australia, in order to restructure its affairs, and that Amoruso was to step down as executive chairman of the company.

“Our decision to initiate a court-supervised restructuring will enable us to address our immediate liquidity issues, restructure our balance sheet and correct structural issues,” Nasty Gal chief executive Sheree Waterson said in a press release reportedly provided to Fortune.

Amoruso is the author of entrepreneur memoir Girlboss and has been in Australia this week on a speaking tour with professional development network Business Chicks.

On Thursday morning she addressed a large crowd for a Melbourne breakfast event, at which SmartCompany was in attendance.

She gave no indication the company faced any challenges, and instead reflected on her business philosophy, her place on Forbes top self-made millionaire list and her future projects.

However, at a Business Chicks event in Sydney this morning, the founder did speak about the company’s bankruptcy filing, reportedly through tears.

The crowd praised her for her vulnerability on social media.

“A decade above the influence. Onward, babies,” she tweeted on Thursday evening.

“I didn’t expect this to happen while I’m here. Leading up to a choice like this that a board has to make to fulfil its judiciary [sic] responsibilities, there are so many factors and options on the table.

Many were considered… and ultimately what was crazy is that filing a Chapter 11… it’s actually the most responsible thing to do right now, which is just like a bonkers thing to actually consider,” Amoruso told Business Chicks founder Emma Isaacs this morning at the event.

“It’s my first business… I got really far.”

The Nasty Gal business launched in 2006 and was originally an eBay store before becoming one of the first retailers in the US market to create a custom voice and style online.

“It was a time where nobody was doing what I was doing, which is crazy to consider,” Amoruso told the crowd in Melbourne on Thursday.

The brand developed a cult following in social media, which Amoruso explained was a result of her approach to speaking to customers as though they were peers in a community.

“Most of the time I said we instead of ‘hey it’s me’,” she said of the days when the business was a sole concern.

“I was always very conversational with my audience. You can gauge things without real data by just the sentiment online.”

Two years ago Amoruso handed her chief executive role over to Sheree Waterson, a decision she told the Melbourne crowd came from understanding her own strengths and weaknesses as an entrepreneur.

“I found myself really in the weeds… in the ways that weren’t fun and creative,” she said.

“A lot of meetings about deliverable and deadlines, and I’m not even the most organised person to drive those things. C-level executives who had a lifetime of experience were reporting into me.”

She retained her role as executive chairman of the company, although she will reportedly move on from that role after bankruptcy papers are filed.

Amoruso also spoke about the new projects on her horizon, including a Netflix television show being produced by Charlize Theron which chronicles the events in her memoir, Girlboss.

In June of this year she was featured on the cover of Forbes magazine after making the richest self-made women list, with an estimated net worth of $US280 million.

In Melbourne yesterday she said the opportunity to be featured in Forbes was one you don’t say no to, but that figures on her actual worth had never been confirmed.

“It’s all conjecture, I’ve never confirmed anything,” she said of her personal wealth.

Over the past year the Nasty Gal business has faced a number of challenges, including news of lawsuits from employees and staff layoffs.

The online retail space in the United States has been soft over the past 12 months, with retail analysts highlighting that the dominance of Amazon and weak consumer confidence, particularly in the lead up to election 2016, has put niche retailers in a difficult position.

The New York Times reports this morning that online sales in the US still only account for 38% of total sales, and many digital retailers are creating permanent or pop-up bricks-and-mortar set ups to go with online offerings.

“What I would have freaked out about two years ago, I can just handle now. And hopefully that’s how I feel two years from now. Hopefully this never happens to me again!” Amoruso said this morning.