What does a business card, an access card, or your house keys all have in common? They’d be way cooler embedded as a tiny microchip just under your thumb rather than jangling around in your pockets.

This, at least, was the mindset of around nine members of the media, social influencers, and Pause Fest devotees at the annual creative tech conference launch in Melbourne on Wednesday, with each one receiving an on-site implant of an injectable microchip.

About the size of a grain of rice, these chips are near field communication (NFC) enabled and hold just under one kilobyte of data. Not enough space for your startup’s manifesto, but enough to fit in contact details, a website link, or a few lines of code.

Resident “injectable expert” and Melbourne University PhD student Kayla Heffernan also attended the event and provided some information on the microchips and the use of injectables as an emerging technology.

“This is the tech you find in your credit cards and your public transport cards, and putting them inside the body offers new and exciting possibilities — without being able to lose it,” Heffernan, who has two chips herself, said.

“We have wearables like the passes you wear around your neck for work, but people lose them, and these can never be lost. 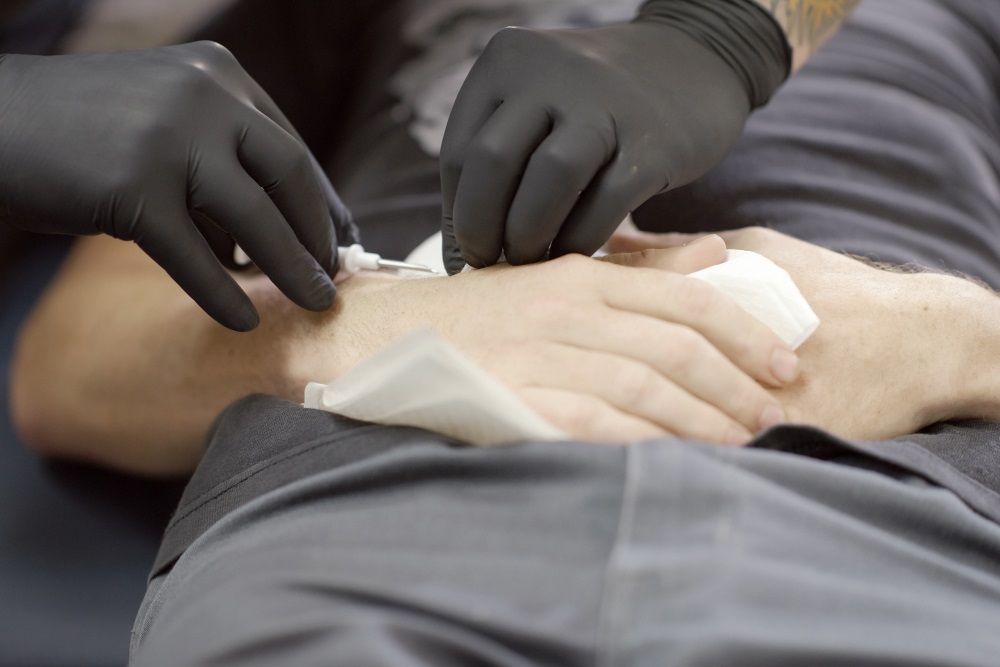 A chip being injected. Source: Supplied.

The implanting took less than five minutes, with recipients reporting the process felt like nothing more than a regular needle jab. One participant StartupSmart spoke to said he planned to program the chip to replace Melbourne’s public transport Myki cards, which use NFC technology.

The event heralded the official launch of Pause Fest, which will run from February 7-11, 2018, with over 150 speakers, including ones from NASA, Netflix, and TechCrunch. The launch comes in tandem with an announcement from investment body LaunchVic that it has signed a two-year $300,000 sponsorship deal with the festival.

“Supporting high-calibre events such as Pause Fest is helping to engage Victorians in the startup ecosystem and to position Victoria as an internationally recognised startup destination,” LaunchVic chief executive Kate Cornick said in a statement.

“We are thrilled to support a proudly Melbourne-based event that just keeps going from strength to strength.”

*StartupSmart journalists did not receive a microchip, though the opportunity was considered as becoming a cyborg is an alluring prospect. We are also slightly wussy.