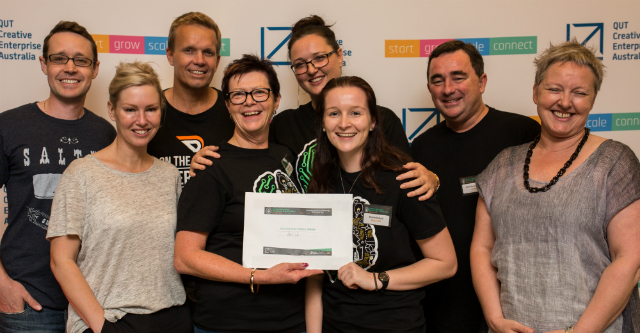 A photo startup that is aiming to “make metadata sexy” has won $10,000 in prizes at the second annual creative tech hackathon hosted by QUT Creative Enterprise Australia (CEA) in Brisbane.

ArtLife is an app that will integrate with mobile devices and the cloud so people can easily sort and search for saved photos using tags.

A prototype version was developed over the weekend after Majella Edwards, who works for AusIndustry’s Entrepreneurs’ Programme, entered CEA’s Startup Weekend to test her idea.

“I work in an innovation space with startups and enterprises,” Edwards tells StartupSmart.

With folders being the only way to organise thousands of photos on a mobile device, Edwards says it’s incredibly difficult to go through and find relevant pictures when needed.

To address the issue, she says, ArtLife will allow its users to tag photos in a way that’s “meaningful” to them before this metadata is then “sucked up into the system”.

“When the time comes you can plug in some terms [and] it will quickly bring up maybe a collection of 20 photos that will match that description,” she says.

ArtLife’s $10,000 prize pool includes legal and accounting support, development of a video content strategy, and mentoring in technology from Microsoft.

“We want to make metadata sexy and make people want to use it,” Edwards says.

With the support of three other team members, Edwards will spend the next four to five months developing a minimum viable product and doing user testing before officially launching the app in Australia and Canada.

“I’m really proud that we’re all women,” she says.

ArtLife will initially be free to use, but Edwards plans to eventually offer a range of add-on features like festive theme packages and subscriptions for small business owners to better manage and sort photos for social media scheduling.

“We would also like to partner with online printing services,” she says.

In addition to ArtLife, QUT’s 54-hour hackathon saw more than 100 participants work on a range of startup ideas, from 3D printing homes to make them more affordable to automating venue bookings for performing artists.

“It was intense but it was so insightful,” says Edwards.

“It was such a sharing environment … I did enjoy the diversity of participants.”

Creative Enterprise Australia chief executive Anna Rooke said in a statement the event brought together a wide range of people from around Australia and was bigger than the previous year’s.

“Around 90 percent of attendees this weekend have never even been to a startup weekend before, which really goes to show the interest and gap when it comes to creative tech,” Rooke said.

“We’ve had entrepreneurs from Sydney, Melbourne and even central Queensland come to this year’s Startup Weekend, so we’re really glad that we can help mentor and educate the new entrepreneurs in the creative industries.”