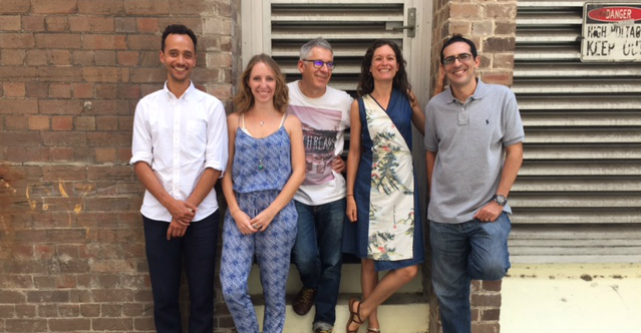 It has been an exciting week for impact-driven startups with several founders around the country scoring great opportunities to bring their ventures to the world including a chance to win more than $1 million.

Code the Future, an edtech startup that hopes to transform young people from tech consumers to creators, took out the Innovator of the Year award at PwC’s 21st Century Minds Accelerator.

Code the Future was one of 10 startups that pitched before an audience of 150 people, including investors and philanthropists.

“Learning to create with technology is much more than simply knowing how to code – it’s about learning how to think both logically and creatively to solve problems,” said Code the Future community officer Jarod Guthrie on accepting the award.

“We want to expose this way of thinking to as many kids as possible.”

The Difference Incubator (TDi) in Melbourne chose the winners of its Dragon’s Den contest this week, which coincided with the graduation of 36 social enterprises from its Two Feet program.

Read more: Syrian refugee wins chance to show off his recruitment startup to the world

A gruelling three-hour “pitch off” between four startups culminated in the crowning of Circular Food, an innovative venture that uses worm farming to create environmentally friendly products.

“This is an amazing opportunity for Circular Food to increase our impact on Australian farmers’ soil quality and put food waste to good use,” Circular Food founder Steve Morriss says.

Morriss will now enter TDi’s $150,000 Investment Readiness Program, which is designed to get startups ready to take on investment of $500,000 or more within 12 to 18 months.

TDi co-founder and CEO Bessi Graham says Circular Food took out the top prize because of its clear mission, purpose and management.

Refugee Talent also won a trip to the Social Enterprise World Forum, which will be held in New Zealand next year.

Speaking to StartupSmart, Refugee Talent co-founder Nirary Dacho said he wants to remove one of the biggest challenges people face when resettling in Australia.

“The big vision is we will be the number one solution for refugees to find employment,” he said.

Stationery lovers with a conscience enter running for $1.4 million

Also this week, a global initiative to spot and accelerate socially conscious startups saw five Australian startups battle for a place in an international pitch competition that will bring together impact-driven founders from around the world.

The Venture, led by Chivas Regal, is running pitch contests in 34 countries from which startups will be selected to compete in the finals to be held in New York in July 2017.

National finalists get to complete a week-long accelerator program at the world-renowned Skoll Centre for Social Entrepreneurs in England, and they also enter the running for a share in $1.4 million.

The Venture ran its Australian contest in Sydney on Wednesday night with startups Good on You, Words with Heart, HUEYIFY, The Fabric Social and Swank Socks pitching before an audience of about 90 people, including ThankYou Group co-founder Jarryd Burns on the judging panel.

Words with Heart, an environmentally responsible print and stationery enterprise that funds education projects for women and girls in developing communities took out the winning title.

“To suddenly get a break like The Venture is life changing – it’s transformational – to have some of Australia’s leading entrepreneurs as judges and for them to pick me is the inspiration to keep going and the drive to grow.”