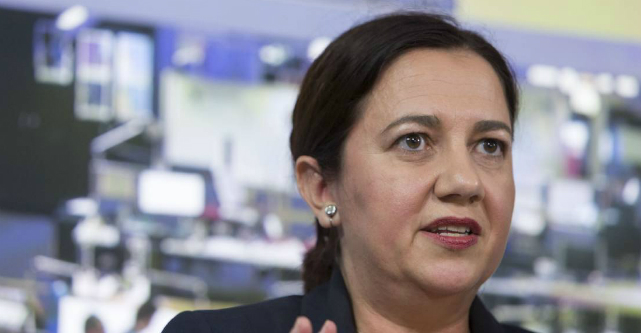 The Queensland government has announced a further $10 million in funding for early-stage startups, but the scheme is “fundamentally flawed” according to a prominent Australian entrepreneur.

Announced by minister for innovation, science and digital economy Leeanne Enoch last week, the Advance Queensland Ignite Ideas fund will provide $10 million across three years to “startups with innovative ideas to accelerate the development of new products and services with high-growth potential”.

“Many Queensland businesses have great ideas but need a financial boost or expert help to get business growth and creating jobs for Queenslanders,” Enoch said.

“[The fund is] about helping businesses get products to market faster, boosting business growth and creating jobs for Queenslanders.”

Queensland startups can apply for funding of up to $250,000 and will be assessed by an expert panel.

But prominent Australian entrepreneur and founder of TechnologyOne Adrian Di Marco says the funding is “too little” and the approach is “flawed”.

“Selection panel arrangements such as the one proposed by the Queensland government are fundamentally flawed,” Di Marco says.

“The discretion of the allocation of funds should not lie with a government appointed panel of experts – this model has failed in the past. It represents a ‘finger in the air’ approach.”

He says the funding should be allocated via a co-investment strategy, a scheme the Queensland government has already adopted with its $40 million Advance Queensland fund.

“The government should follow the smart money,” Di Marco says.

“It should not try to pick winners even if it uses external panels of ‘so called’ experts. The real test should be if there are investors prepared to back an idea. If there is then the government should then co-invest.”

But Blue Sky Funds investment director Elaine Stead, who is a member of the Advance Queensland expert panel, says the Ignite Ideas program is only one facet of the government’s overall approach.

“This is one program in a spectrum of approaches that the Advance Queensland initiative has established to support innovative businesses in Queensland, which together forms comprehensive support for businesses as they traverse the process of development and commercialisation,” Stead tells StartupSmart.

“The panel just advises the government on the various schemes and the implementation and execution, and on the issues facing the sector more broadly.

“This is a fantastic program to ignite the process for early-stage business.”

She points out that the state already has a $40 million fund employing the co-investment process.

“We do have a co-investment scheme within the Advance Queensland initiative – it’s called the business development fund and it matches early commercialisation projects where there are external investors one-for-one up to $2.5 million,” Stead says.

Another member of the expert panel, SafetyCulture founder Luke Anear, says this type of early-stage government support can be crucial for startups.

“I speak from experience when I say innovation funding and support from government can help businesses bridge the gulf between having an early prototype and achieving sales growth and profitability,” Anear says.