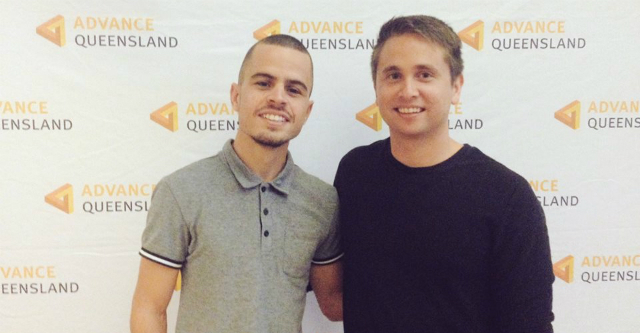 The Queensland government will inject a further $6 million into driving startup activity and entrepreneurship in regional areas.

The funds will be distributed through Advance Queensland’s Regional Innovation Hubs program, which aims to support, leverage and connect innovative businesses bubbling on its outskirts.

Queenland innovation minister Leeanne Enoch says the funding is part of the government’s plan to kick-start entrepreneurial activity right around the state.

“Innovation is not something that only happens in cities and by people in lab coats in research institutions and universities,” Enoch says.

The announcement increases the program’s funding to $7.5 million in total and in coming weeks the government will run a series of consultations to gain direct input from regional communities on the resources they actually need.

Shark Tank investor Steve Baxter says this is an important investment for a state where, unlike anywhere in else Australia, more people live in regional areas than its city centres.

“There are very strong regional areas up and down the coast,” Baxter tells StartupSmart.

“Queensland provides so much for Australia’s economy – every area has its own industry and is exceptionally efficient.”

“We have the cleanest coal in the world, we have tourism, 100% of the Great Barrier Reef is in Queensland, people in Queensland pay that price, we have one of the most efficient gas producers, there’s a lot of uranium and we have farms,” he says.

To make these sectors more efficient, he says programs like the Regional Innovation Hubs must encourage market players to create and take advantage of new solutions, products and services.

“Innovation without entrepreneurs is just a hollow nothing,” Baxter says.

“Change and activity has to be led by businesses and the most nimble are the smaller ones led by entrepreneurs.

“The package should prioritise and encourage entrepreneurs to do things better and the way they do that is with innovation.”

Removing the barriers for regional entrepreneurs

Streets Movement Organisation founder Jesse Martin works with Indigenous youth and says the funding will be very helpful in addressing some of the major challenges regional entrepreneurs face in access to networks, investment and idea exposure.

“There are many promising innovations coming out of Queensland today with not only the technologies, industry and agriculture market represented in relation to this equation but also social enterprise and community development opportunities,” Martin tells StartupSmart.

“Ideas including innovation towards social services and the way in which mental health, employment and training pathways as well as sustainable and substantive community development options are just some of the areas in which current innovation are being pushed within these regions.”

Australia’s first Indigenous Startup Weekend founder Dean Foley is also hopeful that some of the funding will focus on increasing Indigenous-led startups.

“43% of the Aboriginal community live in regional areas in Australia who don’t have access to education and business opportunities that are available in Brisbane,” Foley tells StartupSmart.

“A large number of young Indigenous youth have to move from regional Queensland to attend universities in Brisbane because of the limited courses and degrees available to them in regional universities.”

Investing in innovation through STEM education

In line with its investment in regional innovation, the Queensland government has also announced a new initiative to increase participation of young Aboriginal and Torres Strait Islander people in science, technology, engineering and maths studies at university.

The STEM.I.AM program will put a spotlight on Indigenous people excelling in STEM fields to inspire younger generations to follow suit.

The program will see the government invest in a brand new Digital Technologies curriculum, professional development opportunities for teachers and STEM innovation grants for schools.

“Despite Aboriginal and Torres Strait Islander children being incredibly talented and creative, only 115 students enrolled in STEM courses at Queensland universities in 2016,” she says.

“Most people know very little about David Unaipon, except that he appears on our $50 note,” Denning says.

“He was a visionary, pioneer and innovator who predicted the helicopter based on the way boomerangs fly, and designed the modern shearing shears.

“I want our young people to look to inspirational people like David and say ‘I too, belong in the STEM space and can make my mark on the world.’”

“There are a lot of Indigenous tech entrepreneurs like Michael McLeod, CEO of Message Stick, who are doing a lot of great work but it would be great to see more Indigenous tech startups in Australia,” he says.

Enoch says that the private sector and government must work together to promote and celebrate entrepreneurship and innovation for all Australians everywhere.

“Through the Advance Queensland initiative, the Palaszczuk Government has been able to support groups like [Australia’s First Indigenous Startup Weekend] to do this kind of work,” Enoch tells StartupSmart.

“My hope is that we will see more and that we’ll see them being run in regional locations across Queensland.

“I would encourage anyone to apply for funding through our Advance Queensland program and also to seek support from private funders, incubators or accelerators who might be able to assist in getting these kind of events happening.”