Queensland pledges a further $225 million to the startup sector: “We are backing the innovators” 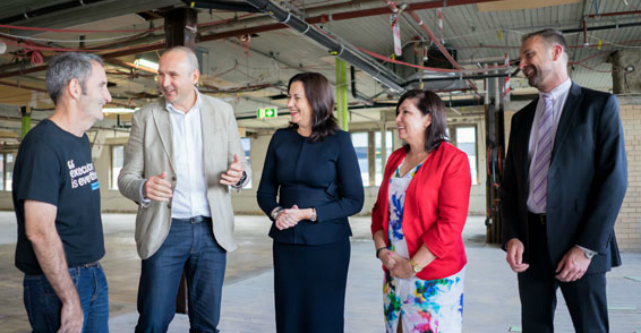 The Queensland government has committed a further $225 million to the state’s startup sector as part of a “whole-of-government” innovation agenda with 13 new initiatives.

Announced by premier Annastacia Palaszczuk on Monday, the funding adds to the $180 million previously pledged to the Advance Queensland program and will be a “centrepiece” of the state’s 2016-17 budget.

“I’m determined to make Queensland Australia’s innovation leader, which is why I have dramatically increased our investment and broadened our focus to embrace opportunities across the economy,” Palaszczuk says in a statement.

“We are backing the innovators – startups, small business, school kids, farmers, scientists, researchers, tradespeople, engineers, doctors, teachers – because that will create a new era of opportunity for Queenslanders.

“Advance Queensland is key to our state’s economic diversity.”

The total of $405 million in funding for Accelerating Advance Queensland will be spread across a number of innovation initiatives, including $22.7 million for the Advancing Small Business Queensland Strategy, $6 million for building regional innovation hubs and $33.5 million for a program connecting startups with Asia.

“The government is putting their money where their mouth is,” Baxter tells StartupSmart.

He says he supports the government’s strategy of funding a wide range of differing initiatives.

“This is better targeted than the first tranche,” Baxter says.

“It’s a wide spectrum spend, they’re trying many different areas to get a good effect, and I don’t think they’re spreading it too thin.

“It’s a bit like how startups do it – once something isn’t working you stop it.”

The Queensland government has made a series of announcements in the innovation space in recent months, including an $8 million program aimed at luring startups from around the country to set up shop in Brisbane and $4 million to develop the state’s largest startup hub and bringing a major international innovation festival to the city.

Minister for innovation, science and the digital economy Leeanne Enoch says the latest funding announcement demonstrates that innovation is a key focus for the state government.

“This $405 million Advance Queensland program reinforces how important innovation is to our future and further backs it in every part of the economy and all over the state.” Enoch says.

“Our major industries and our regions are incredibly innovative – we want to harness this energy to build the new economy.”

The Queensland government has repeated its goal of becoming the startup capital of the country, an ambitious vision that Baxter supports.

“You need ambition, that’s for sure, and I think this is a good one,” he says.