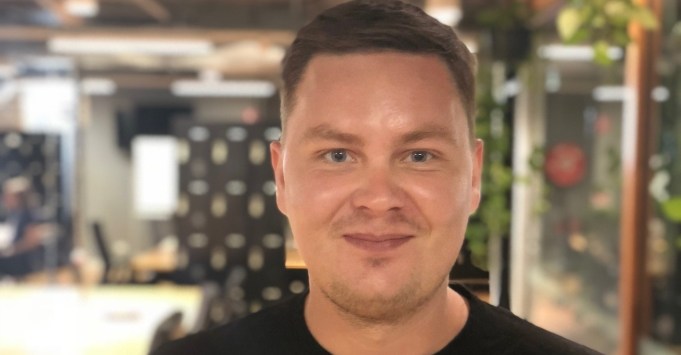 The new head of River City Labs’ (RCL) accelerator program and multiple-time startup founder Cristo Pajust is looking to push Australia’s startups beyond our shores, hoping to transform the thinking of local startups to be more like those in Silicon Valley.

Pajust, who will head up RCL’s accelerator program for the next three years, is a multi-continent startup founder, telling StartupSmart he began his entrepreneurial journey in his home country of Estonia, before moving to Asia five years ago to head up German “startup-building” company Rocket Internet’s Asia-Pacific operations.

He also established a US-based TV analytics startup ResultsOnAir, which was backed through 500 Startups, and has since successfully exited from that startup, leading him to his fourth continent: Australia.

“RCL reached out to me last year as we had a connection through some mutual people. It felt like a natural progression for me as I had just exited from my last company, and I’d always been really interested in the investor side of startups,” Pajust says.

“I’ve raised money from several investors over the years but I’ve never really been on the other side of the table. I’ll be doing more than running the accelerator — I’ll be considering myself an investor through Transition Level Investments.”

Pajust will be working with the RCL team, including entrepreneurs-in-residence Llew Jury and Mike Knapp and program coordinator Ellie Healan, to both support the current cohort of founders and find the cohort for next year.

He says RCL reached out to him to run the program with a desire to find someone who can shift the focus of the accelerator internationally, which is something Pajust is more than happy to do.

“The last time I went was in November and you can really see how fast things are going there. Founders in the US are in a hurry to be first to market, and you can see that in their activities and their results.

“The accelerator is focusing on getting startups to a certain level and founders have to be ready to either leave with that next level or if you’re not reaching that next level, know that it’s maybe okay to close the company.”

“We are ready to increase our cadence, work with more advanced teams and increase our level of support for companies post program and Cristo has the background and drive to grow this sector with us. We are lucky to have him as part of the team and to also welcome him to the broader Muru-D family also,” RCL chief executive Peta Ellis said in a statement.

Coming from abroad is both a blessing and a curse, according to Pajust, who revels in the fresh perspective he’s able to bring to the ecosystem, but  admits his lack of network or knowledge of the ecosystem is a challenge, though he believes that also brings along a lot of exciting opportunities.

However, while Pajust says Australia is a fantastic place to build a startup, he believes the ecosystem as a whole needs to put “a lot more work in” until the country is recognised globally as an attractive startup hub.

“To be really frank, the Australian startup scene is buzzing when you’re in it, but outside it you don’t hear too much about it. We have a long way to go before the world really knows about it being not only a nice place to live, but a place to actually launch a startup,” he says.

“We need to put lots of work in, and while I can see lots of passion on the ground here, something I learnt in the US is that they do a really good job of promoting themselves and talking about both their successes and failures. We need to learn from them, both founders and people working in the ecosystem.

Finally, Pajust says all sorts of startups, not just early stage ones, should be looking to accelerators as a way to “test how strong the business truly is”.

“Accelerators make things faster and we encourage anybody to apply and test out how good your startup is. Instead of finding out if your startup will succeed after years of hard work, accelerators can change that to six months,” he says.