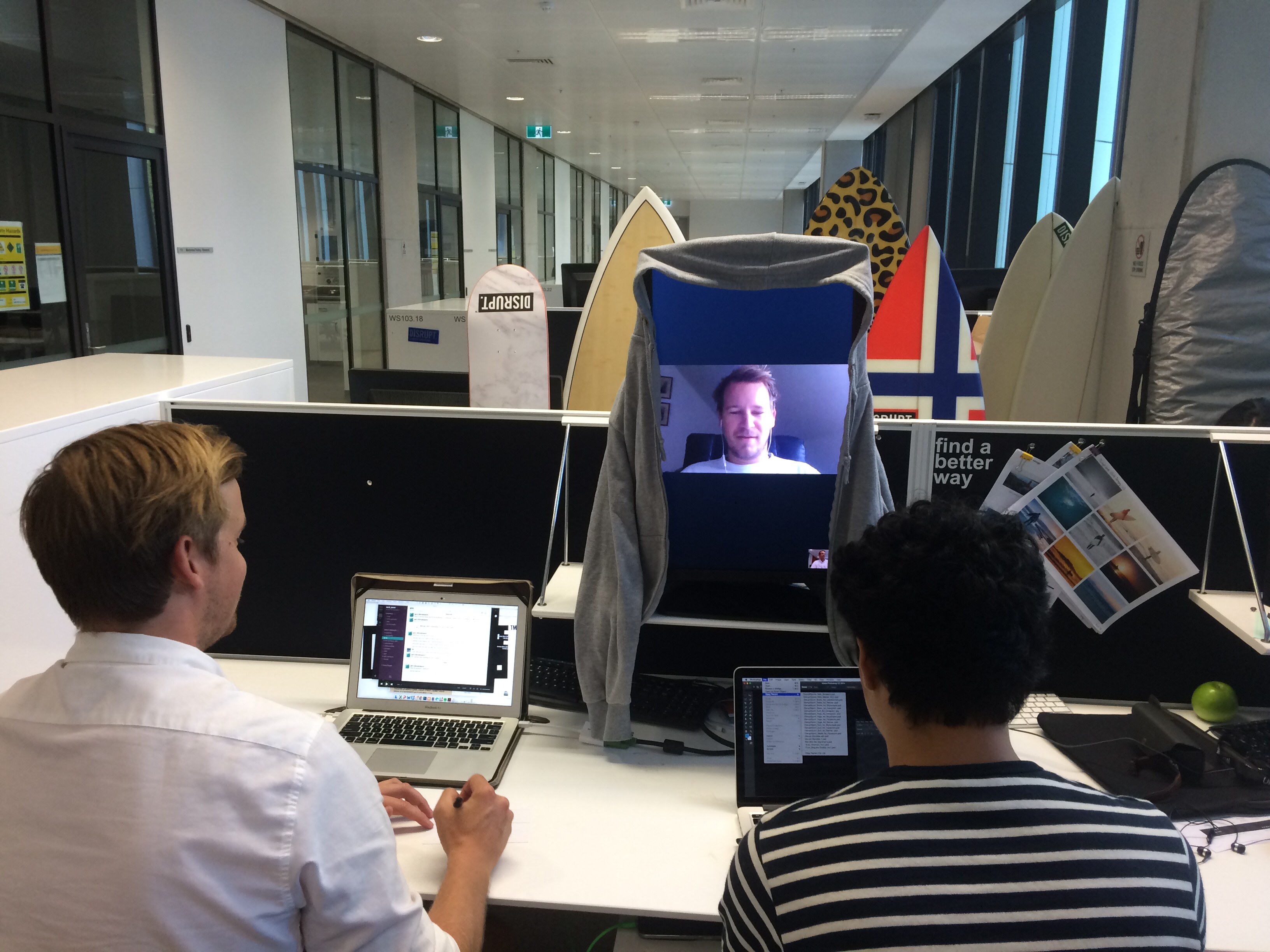 Workplace messaging start-up Slack has gone head to head with Microsoft, addressing the tech giant in a very public way after the release of Microsoft’s competing software, Teams.

Teams was announced today at a Microsoft event in New York where it was revealed the software would be integrated with the company’s Office 365 suite.

Office 365 is a cloud-based offering of Microsoft’s programs like Word, Excel, and Outlook and the service has over 85 million monthly users.

Slack was launched in 2013, and two years later the service was boasting 500,000 daily users and a company valuation of $2.76 billion.

Read more: Slack can whip your business team into shape

Teams will offer many similar features to Slack, including chat features, file sharing, and customisable groups.

Microsoft is hoping to set itself apart from Slack with heightened security features and by allowing users to collaboratively edit documents within the application.

Microsoft has even gotten on-board with Slack’s emoji and gif offerings, and Teams includes “a library of emojis, GIFs, custom stickers and memes” to let users “express personality within their digital workspace”.

“We’ve designed Office 365 to meet the unique needs of every group, with purpose-built applications — like Outlook, SharePoint and Yammer — that all naturally work together.

Microsoft has made it clear it has no qualms competing with Slack, with corporate VP of Office 365 marketing Ron Markezich telling Business Insider that Slack was an “application du jour”.

In response to Microsoft’s launch, Slack went one better, taking out a full-page advertisement in the New York Times welcoming Teams to the market, reports AdWeek.

We’re genuinely excited to have some competition,” the advertisement reads.

That feeling when you think “we should buy a full page in the Times and publish an open letter,” and then you do. 💫 pic.twitter.com/BQiEawRA6d

“We realised a few years ago that the value of switching to Slack was so obvious and the advantages so overwhelming that every business would be using Slack, or “something just like it” within the decade. It’s validating to see you’ve come around to the same way of thinking.”

The ad continues with some “friendly advice” to Microsoft on how to make Teams succeed, whilst simultaneously advertising Slack’s features.

Slack advises Teams to offer more features than Slack, saying Microsoft will not succeed “by making a big list of Slack’s features and simply checking those boxes”.

The ad also states Microsoft will need to “do this with love” and take a “radically different approach” if the company wants to match what Slack already offers.

Finally, the ad ends on a somewhat threatening note, stating “One final point: Slack is here to stay”.

“You can see Slack at work in nearly every newsroom and every technology company across the country. It’s the only tool preferred by both late night comedy writers and risk & compliance officers,” the ad reads.

“It is in some of the world’s largest enterprises as well as tens of thousands of businesses on the main streets of towns and cities all over the planet. And we’re just getting started.”

“The way that they pre-empted the launch by Microsoft is quite clever. Before anyone is talking about Teams it’s bringing Slack into the conversation,” Gamble says.

“It’s not about Microsoft’s new product anymore, it’s about the new Slack competitor.”

Gamble believes Slack’s response is “really serious” despite the “playful” tone of the advertisement.

Nicole Reaney, crisis communications expert at InsideOut PR agrees, telling SmartCompany the ad is “tongue in cheek in its format with a serious undertone”.

“These marketing ideas are really great for confirming a brand’s position in the market in a fun and appealing way,” Reaney says.

The ad’s targeted position in the New York Times is no accident, says Gamble, as the readers of the newspaper are more likely to be the key decision makers in businesses.

“This ad is telling all the key decision makers why Slack is a leading product, and what it offers over Microsoft’s new product,” she says.

Neither Gamble nor Reaney believe the ad will come across as petty in any way, with Reaney saying “it would be petty if there was no strong brand defence.”

“It’s not often competing brands go head to head in a cheeky public forum, so it’s a tactic that will bring brand attention and create viral spread.”

Both agree there is little risk involved with Slack’s bold campaign.

“I don’t think it will look petty, the whole thing was done quite intelligently and in an articulate way.

You need to have a good level of brand awareness before you attempt something like this.” Gamble says.

Microsoft could not provide comment on the matter, and SmartCompany did not receive a response from Slack prior to publication.