After travelling the world for 15 odd years visiting communities where violence against women was prevalent and normalised, a flash of an idea came to Jeremy Meltzer while he was laying in bed at 3am.

What if sales from e-commerce businesses could be used as a force for good, and customers could give back to charities and communities in need with every purchase?

Armed with a self-diagnosed case of extreme stubbornness, no tech skills, and an idea scribbled down on a bit of paper, Meltzer founded i=Change in 2014, turning his late-night lightbulb moment into a fully-fledged social enterprise.

“Often when you get those sort of ideas you just go back to sleep and forget about it, but when I woke up the next morning the idea had stuck with me,” Meltzer told StartupSmart.

“I had no idea of the social enterprise space at the time, all I wanted was to have an impact on what many consider the most endemic issue of our time. Whether it’s helping girls stay in school, or stopping them from being married at 12, there needs to be equality in how we support young girls around the world.”

The i=Change model is simple. Online retailers, like fashion boutique Esther, join up with the startup and commit to a donation with each purchase, usually $1, and customers are notified about this at the checkout. Those customers can then choose where that money goes, with i=Change partnering with over 20 charities and non-governmental organisations across the world.

The early stages of i=Change were tested on customers of Melzer’s father’s olive oil company Yellingbo, and the venture immediately received a high level of engagement from shoppers. Over 50% were participating and choosing where the money would be sent.

“Usually customers are used to seeing brands just tell them where the money will go, they’re not used to being asked themselves. We flipped the model on its head,” Meltzer says.

Sales conversions were up 6% too, with fewer shoppers abandoning their cart when they saw their purchase was going to have an impact on someone else’s life. Meltzer also believes i=Change removes the “guilt aspect” of a lot of purchases, making shoppers more comfortable to purchase when they could see it would make a difference. 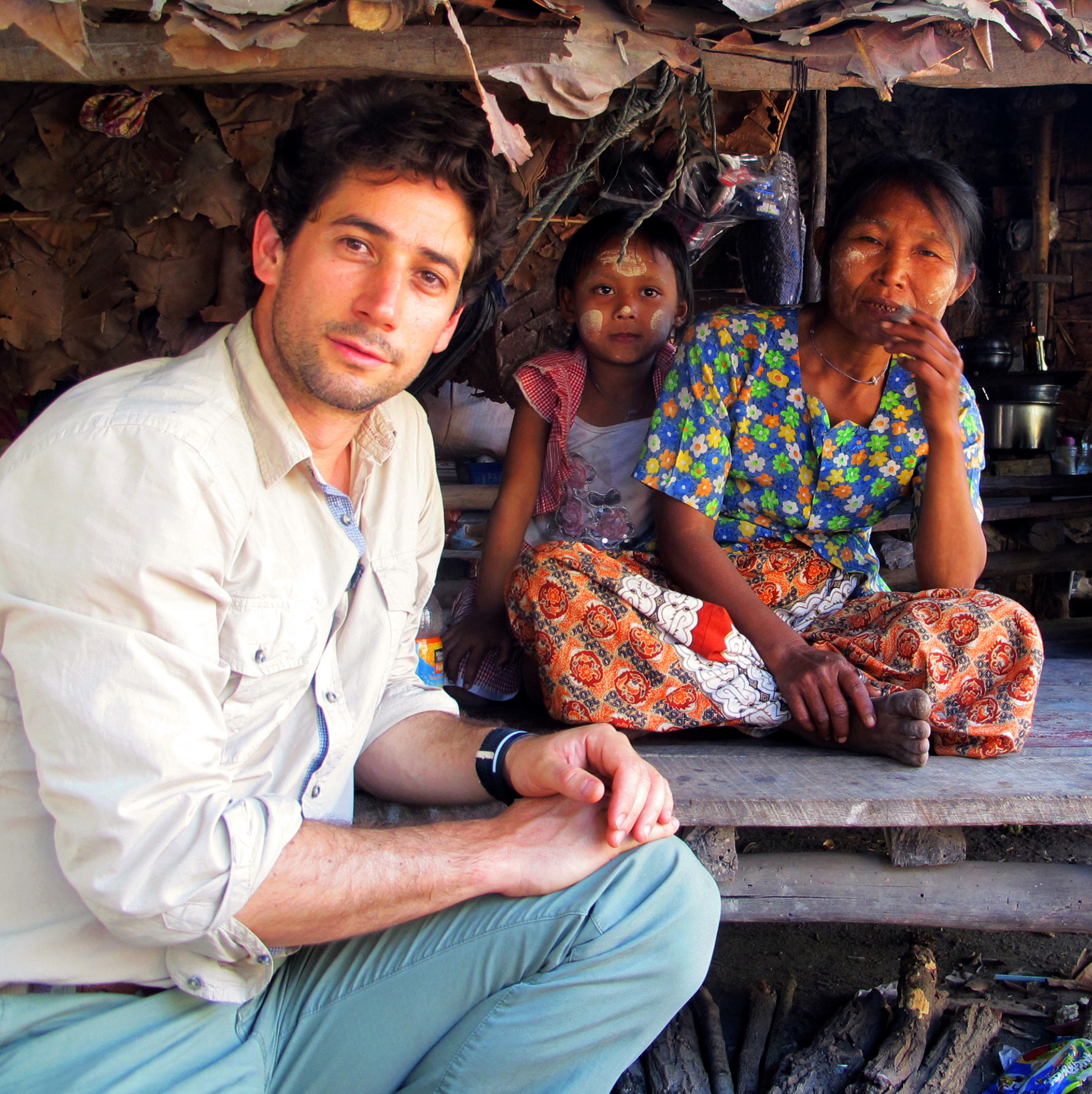 The rocky road from idea to platform

The journey from idea to product was anything but straightforward, says Meltzer, with the platform going through multiple user experience changes to ensure customers could easily see where the donations were going — and that the brand itself was the one giving back.

Having travelled and worked in many different places around the world Meltzer also found there were no real comparisons to i=Change’s model, giving him nothing to work off or draw a comparison to.

“We also went to India early on which was a nightmare,” he laughs.

“We tried to outsource the development, but I realised to make this thing world class it had to be built locally. It was very sensitive and focused on transactions, and I have the approach of doing it world-class, or not doing it at all.”

“Founders need resistance and stubbornness in the face of nothing working. Even when everything’s going wrong, if you think the idea has legs and could do some benefit to the world, persist.”

At this point, Meltzer had a working product getting great reception, and decided to take it to the next level by transforming it into a plug-and-play option to offer to other retailers. He believes many Australian e-commerce companies want to give back to social causes, but they want it made easy.

Meanwhile, i=Change was in need of a profitable business model and funds to keep the business rolling along. One hundred percent of the donated amount is sent straight to charities, but i=Change charges brands a fixed fee of 25-30 cents, which he says mostly gets absorbed by the brand’s tax deduction.

“Social enterprises have to be successful businesses to have an impact. You need to apply the same robust approach you’d apply to any business, as you have to be profitable to pay your team and continue to use your profits to impact your chosen issue,” he says.

“Be clear on the for-profit business solution you’re solving, because if it’s not working, you won’t have funds.”

Today, i=Change has just ticked over $500,000 in funds donated by customers, and Meltzer is celebrating the milestone by affirming a future milestone of increasing that number tenfold in 12 months.

The company is also looking to raise capital early next year, along with building out its content offering, which i=Change’s team of three has been developing from the stories of lives they have been affecting.

“We’ve already affected 115,000 people’s lives, and we want that number to be one million by this time next year,” he says.

For others looking to make a change, Meltzer warns the social enterprise space is difficult. Founders who embark on this path must be passionate, he says.

“To do anything well is hard. To run a not-for-profit is bloody hard, and to run a great business is bloody hard. To do both together is ridiculous,” he says.

“Be passionate about the issue you want to impact because that will keep you going when things get hard. Be prepared to learn a lot really fast, and pivot whenever you have to.”