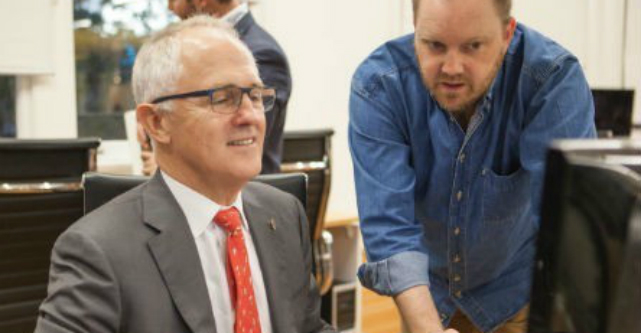 The Australian startup community has welcomed the possibility of going to the polls earlier than expected after Prime Minister Malcolm Turnbull outlined plans for a possible double dissolution election.

Announced at a snap press conference on Monday morning, Turnbull said parliament will be recalled on April 18th with the budget moved forward a week to May 3rd.

If a bill restoring the construction industry watchdog isn’t passed by the Senate, a double dissolution election will be called for July 2nd.

“The time for playing games is over,” Turnbull said.

“If the Senate fails to pass these laws I will advise the Governor-General to dissolve both House of Parliament and issue writs for an election.”

The Prime Minister said the election will be fought over the parties’ “overall economic agenda” and again emphasised the government’s focus on driving economic growth through innovation.

“The community was in shock that the innovation statement announcements won’t be delivered until after June so the election platform should have less talk and more action.

“I’m not holding my breath but the election presents a great opportunity for parties to reflect more deeply on what they will do. Here’s hoping some clear deliverable will change the way we embrace innovation.”

With both sides of politics showing an ever-increasing interest in innovation and startups, Fishburners CEO Murray Hurps says an early election could be a positive for the startup ecosystem.

“Australia is changing, especially in the last year. People know what startups are and the growing opportunities are being pursued by entrepreneurs and government in a way I haven’t seen before,” Hurps tells StartupSmart.

“If there was ever a time to consider a shakeup in the form of a double dissolution election, it’s now.

“I’m confident the public will be voting based on the prosperity Australia can achieve under the right leadership.”

Blackbird Ventures co-founder Niki Scavek agrees, saying startups and innovation will be a central issue when Australians go to the polls.

“It’s wonderful that startups and helping our children learn the jobs of the future has become one of the central issues for both parties,” Scavek tells StartupSmart.

“I’m more optimistic than ever about our government being a partner to startups rather than a mouthpiece for industries and certain types of jobs that quite simply won’t matter in the future.”

With an early election looming, Elias says it’s important for the startup community to make their demands clear.

“We all know there is more silliness ahead before we get any sense and throw-down,” she says.

“It’s up to us to hold them to account and request what we want to see.”