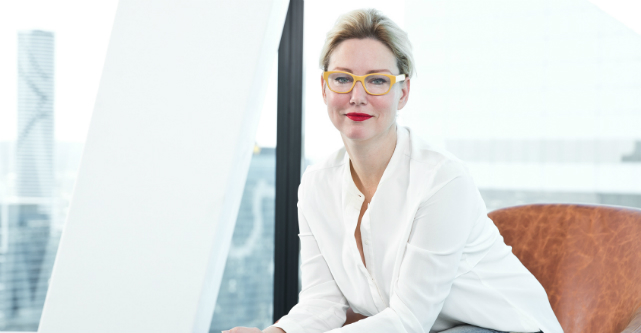 The federal government’s leadership scuffle last week has left the cabinet without an Innovation Minister, with Michaelia Cash taking on the Small Business portfolio, while Karen Andrews will oversee industry, science and technology.

It may seem like mere semantics at first glance, but the scrapping of the Innovation Minister role marks a big step further away from ex-Prime Minister Malcolm Turnbull’s much-celebrated, but ultimately, ill-fated National Innovation and Science Agenda.

Launched in December 2015, Turnbull’s innovation agenda was hailed as ringing in a new era for Australian startups, committing $1 billion to 24 new policies to help bring more investment to early-stage startups, and to improve collaboration between the public and private sectors.

However, since then enthusiasm for the innovation agenda has waned, to the extent that Atlassian co-founder Mike Cannon Brookes last year questioned whether the agenda was dead in the water.

Now, with no one in the cabinet heading up the innovation agenda, has the government turned its back on the startup sector? StartupSmart reached out to key players in the sector find out what these latest developments really mean for Australia’s startup ecosystem. 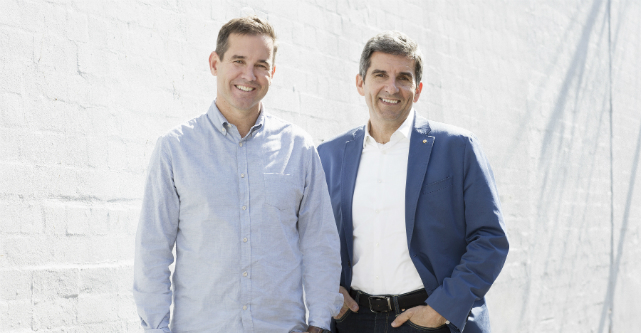 “The latest shenanigans with regard to ministerial shuffles means that we have had five or six Industry Ministers in the last three years, which kind of gives you a sense of how important that government takes the issue of innovation.

“At a time when the new cabinet includes someone whose only job is energy, to not have someone focused on innovation (as was part of the mandate of the Industry Minister) again shows that these guys just do not get it.

“The future of every job in every company in every industry is underpinned by a technology of some form. Technology also does not abide by national boundaries, and as such if we want to have a prosperous nation (in all measures) we need to have an economy focus on innovation.

“This latest move shows that innovation has been moved to the backburner while we hand-wring over some arguable less critical issues. So monumentally disappointing.”

“If we are to create a sustainable economic future for Australians, there must be room for long-term thinking in any government’s policy framework.

“However, this is a disappointing and clear signal that new industries, new high-growth companies, new technologies and the undeniable jobs and economic growth associated with them all, is not a priority for the current Australian government.”

“I was 100% behind the innovation agenda policy initiative itself. I spent some time with [former Assistant Minister for Innovation] Wyatt Roy, and he understood the idea of being a startup nation.

“He was convinced we could get the nation behind a government that experimented, that didn’t pretend to have all the answers, that could take risks and learn from them. But that’s not how politics traditionally works.

“We’re an industry that changes far more rapidly than every four years. Canva released its first beta five years ago, now it’s worth more than $1 billion, and it’s growing faster than anything else in the Australian economy apart from unemployment.

“We exist in an industry where this level of change can happen, and in other jurisdictions it happens as a matter of course.

“Compare Australian policy in encouraging investors and early-stage startups to policies we see in the US, Israel, Singapore and the UK. We have a drop in the bucket in comparison.

“But, I’m not worried about cabinet representation. There are much more pressing concerns around carbon emissions, immigration policy, supporting diversity, saving the Great Barrier Reef, doing something more than watching farmers limping through this drought — helping them to cope better through the next drought.

“These are much bigger issues than our little industry that will remain tiny due to neglect. We’re resourceful and innovative and creative we’ll get back to figuring things out on our own.

“But [new Small Business Minister] Michaelia Cash is a good egg. She’s a particularly strong advocate for women in startups and entrepreneurship. She’s a federal politician who can name a number of startup founders, what their businesses are and what they hope to achieve, which is awesome.”

“Our future economy depends on innovation outcomes and we need a clearly defined, high-profile innovation champion in federal government. Currently, knowing where that portfolio sits is anyone’s guess.

“Innovation under Turnbull has suffered under the lacklustre National Broadband Network rollout, and the rotating seat of Innovation Minister. It’s feels like we haven’t really had an Innovation Minister for the past few years — and our most recent Minister, Michaelia Cash, hasn’t had much profile since the Australian Workers’ Union raids scandal.

“The innovation agenda has suffered severe brand damage since Turnbull stopped championing it from the top position, and losing charismatic champions like Wyatt Roy meant the mainstream didn’t care.

“Innovation needs to be seen as a central conversation, but politically, as innovators we’re an edge population. By nature technology and startups aren’t mainstream, we are the early adopters.

“If there’s anything we’ve learned in the past week, it’s that the buy-in of the mainstream population is critical to win the next election. There is an opportunity to embrace early adopters and use their innovation to lead mainstream adoption of both tech and ideas. Clearly that is sitting in the too-hard basket politically.

“This is unfortunate, not only for our own community but for the broader economy, as innovation equals jobs. And we can’t afford to lose jobs right now. Australia’s jobless rate among people aged 15 to 24 has been hovering at around 12.5% — more than double the general rate. Innovation is about future-proofing their jobs, and at a global level.”

“It’s very disappointing our new Prime Minister hasn’t named an Innovation Minister in his ministry. While the science portfolio, along with technology, has been deservedly elevated to cabinet, it’s very sad to see our leaders turn their backs on developing an environment that creates jobs for the future. The leadership change now means we have to re-engage with the sixth responsible minister since Malcolm Turnbull announced his (innovation and) science agenda in late 2015.

“It’s a joke — it’s like a hot potato. Part of the issue is that it requires hard work, and hard work takes time to bear fruit. Politicians want to see that fruit being borne in five minutes.

“We’re talking about reeducating, building environments that are able to build jobs for the future. You can’t just click your fingers and have that happen, it takes investment and experimentation.

“The innovation agenda has evaporated in terms of recent policy announcements over the last years or so. [Former Innovation Minister] Michaelia Cash was more concerned about the jobs of today, but that means we do not invest in the jobs of tomorrow.

“Technology is changing our world. If the government wishes for us to be in pole position and grow living standards in our country we can’t be reliant on our past.”

“To be frank, I’m not sure the government’s innovation agenda is top of mind for most startup founders.

“The government has best supported the country’s startups and innovation through both the R&D tax incentive scheme and Commercialisation Australia grants, so continuation of that, and some more leadership on immigration, is greatly needed.

“The phrase that ran through my head when I heard about the loss of the Innovation Minister position was “bigger fish to fry”. The government still needs a coherent position on climate change, so an innovation agenda seems like a stretch.

“We believe where the government supports innovative business to do its own thing — like for example via tax concessions for research and development — are where it has its priorities right.”

“The innovation agenda just seemed so removed from the day to day realities of running a growing business, we never really felt it was relevant to Mentorloop.”

“Innovation is undoubtedly an important driver of growth for the Australian economy. Having said this, its impacts are broad-ranging and require engagement across all portfolios — it cuts through every single industry cross Australia.

“For this reason, having a singular point for all sectors to draw on with respect to innovation may not necessarily be the best way to foster an innovation mentality and drive innovation policy in cabinet.

“The reality is every portfolio should be focused on how they can engage with the startups that are doing cutting-edge work to drive change in Australia.”

As others have said, innovation was part of turnbulls admin in name only.
-IF – anybody can, pls advise how you encourage inventors by mandating that they be deprived of their IP if their brainwaves enter the public domain, & the inventor does not have the near million dollars to register their patentS?
One invention of mine – from 1982 – could have helped Australia keep it’s motor industry. & probably a Nobel, x no Nobel for automotive engineering – maybe a Queens prize. But I am so petrified of the patent system, been burnt (severely) already*, that I keep it locked up – now 36 YEARS later. Gov offered to fund it back then – have Gov correspondence on letterhead – but that is not evidence to IPOz (same department!!!) satisfaction that it is my invention! Many other inventions; no publication, no commercialization. At least 1/2 for the environment / CO2 reduction.

Good thing we’ve got no problems there.

‘One Dollar Patent’ at iproag.org, & I will publish all.

*’Inventor of the Year’ award winner –

The New Economy and the Future of Work is important for millennials in particular. This OECD report shows that it is not only an Australian problem: Rising employment overshadowed by unprecedented wage stagnation, see here: http://www.oecd.org/…/rising-employment-overshadowed-by…

The question is what to do about it? Fortunately, the IMF has been working on this for some time, see here: https://www.imf.org/…/POS_Meetings/SeminarDetails.aspx…>

For those readers interested, have a close look at the participants. A lot of trouble and thought has gone into this forum to give the right signs to member countries of the IMF. We need to take notice! Agree?