Last year’s annual Startup Muster report painted the picture of a thriving Australian ecosystem with nothing but growth to look forward to. But this year’s report, released yesterday, tells a markedly different story.

For the first time in its five-year tenure, the Startup Muster report has provided an overview of the number of startups active in Australia and the number of new startups launched each year, over the past four years

However, the release of the report yesterday has seen a significant decline in both numbers, with the number of active startups dropping to 1,465 and the number of new startups plummeting to 712.

This decline is at stark odds with both last year’s results and the overwhelming sentiment within the community, which strives to position itself as one constantly growing and expanding. When coupled with Right Click Capitals’ Dealbook report which reveals a significant drop in funding for startups, it is clear something is shaking aspiring and current founders Down Under.

According to M8 Ventures founder and startup guru Alan Jones, an overwhelming sense of uncertainty has gripped Australia’s startup founders, fuelled in part by instability in both government and corporate business.

“Australia has a much older average age of startup founders, which means those who start them are inevitably risking more to do it, as they’ll have a mortgage, kids, and a higher cost of living,” he says.

“A lot of these founders come from corporate backgrounds, and they usually want to be confident they’ll have a job to come back to if what they’re doing doesn’t work out. Corporate Australia is having some challenges at the moment, so a lot of those corporate refugee founders are not feeling awfully confident.”

This is leading to more founders choosing to safeguard their savings instead of risking them, says Jones, which is adding to the “instability across the board” as Australia prepares for a federal election next year. Jones says the economic climate could be “incredibly different” depending on which of the major parties takes home the win.

“Not the same clean slate”

Airtree Ventures founder Daniel Petre views the declining numbers as an indication of how much harder it is to launch a startup in 2018 compared to four years ago when the ecosystem was in its relative infancy.

The experienced Australian innovator says his venture capital firm has definitely seen a drop off in the number of startups coming through, but pins the decline on a general maturing of the scene rather than an overall reduction in innovation.

“In the early days, you could just go and create a SaaS company in any sector and off you go, but today it’s not as obvious. It’s not the same clean slate it was a few years back,” Petre says.

“We’re seeing it’s not as easy to just do a startup, it now requires a little bit more.”

The sharp near-50% drop shown in the Startup Muster figures isn’t quite in line with what Petre is seeing though, mentioning the decline is more like half that figure.

But as always, there’s a silver lining to every grey cloud, with Startup Muster chair Murray Hurps telling StartupSmart the data from the survey reveals there’s an increase in the number of mature companies thriving in the community, with the average age of a startup jumping from 19 months in 2014, to 36 months in 2018.

“This shows we have more established companies, which have stemmed from that influx of new people starting companies which we saw a few years ago,” he says.

This is also Petre’s view, who believes the ecosystem is broadly thriving thanks to more and more people being employed by startups to “an order of magnitude”.

“There are definitely more healthy companies, there’s no question to that,” he says.

Startup Muster’s 2018 report also displayed a drop in the number of women founding startups in Australia, which had been steadily increasing until this year. In 2017, Australia beat out the global average with 25.4% of our startups being founded by women, however, the number declined to 22.3% this year. 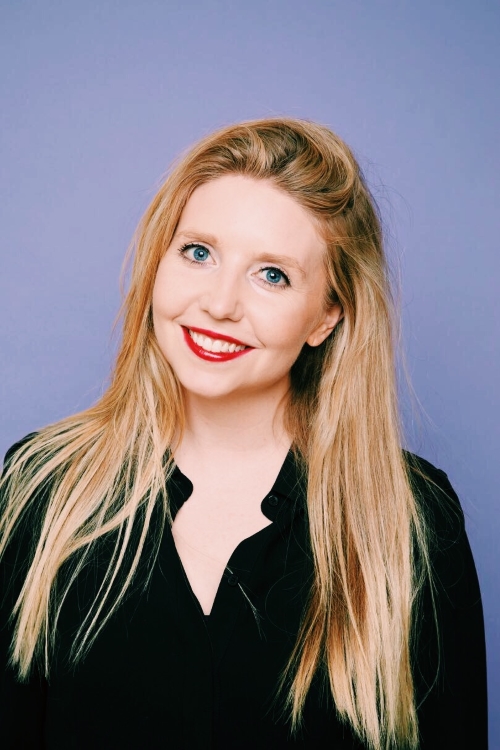 Speaking to StartupSmart, director of Startup Muster Monica Wulff says the drop made her “angry”, and called for stakeholders in the ecosystem to kickstart a broader discussion as to why the number had dropped.

“This is different to the trend we had for the past few years, so we need to review what is contributing to that, and what’s occurred, and most importantly what we can do about it,” she says.

“I have Startup Muster and another startup I’m building, obviously I’ve drunk the Kool-Aid and I really enjoy it, so I’m curious to see if and why I’m an outlier.”

Jones says with the overall decline in startups, the drop shouldn’t be read into too much, also pinning the decline on general political and economic uncertainty.

“We know female founders are more risk-averse, and we’ve also seen the ball dropped at the federal level in terms of supporting innovation. We’re definitely not feeling that support behind female founders,” she says.

Government continuing to let down startups

The startup ecosystem’s downturn as revealed in the Startup Muster report is indicative of a lack of support from the Coalition government, says Petre, who warns continued poor policy decisions and crackdowns on areas such as R&D tax incentives could see the ecosystem “blow up” overnight.

The Airtree founder picks out the report’s figure on the number of startups founded by those born outside of Australia, which matches last year’s percentage at 37%.

“Compare and contrast that with the government’s current approach to skilled immigration. The new Global Talent Scheme visa hasn’t had one visa issued through it yet,” he says.

“We need more skilled immigrants, particularly in the area of data science and development. We know foreign-born founders are having a direct impact, so what the hell is the government doing?”

Petre says this will “bite us on the arse” if it goes unchanged, along with the new changes to the R&D tax incentive refund proposed in the federal budget. Under the proposal, there would be a $4 million cap on cash refunds available to companies with annual turnovers of less than $20 million.

As part of the reform, the government also announced new and enhanced “integrity, enforcement and transparency arrangements” to come into play as part of the scheme, and these arrangements could threaten the existence of many young companies, Petre warns.

“R&D refunds allows founders to keep equity longer and effectively buy more runway without having to go to people like us for money. The government has announced they’ll be doubling the number of audits and taking a very black letter interpretation of the law, which will lead to a number of companies being forced to pay their money back,” he says.

“If they choose to go hardcore on this in the startup community, they could blow up the ecosystem overnight. If cashflow-negative companies are suddenly required to pay back their R&D refunds, they’re fucked.”

NOW READ: What’s the average age of a successful Australian startup founder? And how do we fare against the stereotype?

NOW READ: This data shows just how much Australian startups are raising in their funding rounds