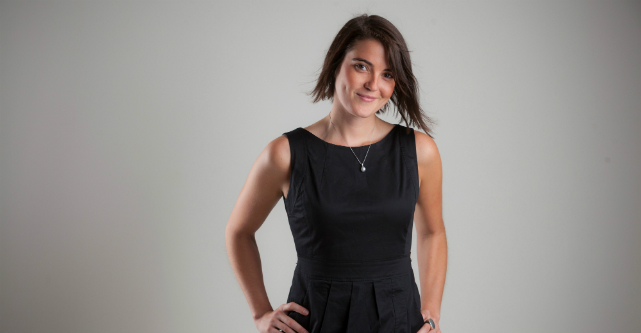 Startup Victoria has appointed its new CEO after a four-month long search, with Lupe and Beattie Wines co-founder Georgia Beattie taking the reins with an aim to make Melbourne the leading tech destination in the Asia-Pacific.

Startup Victoria is the leading startup body in the state and now has over 11,000 community members. It began the search for the top job in March with outgoing CEO Scott Handsaker announcing he would be stepping aside.

Beattie, who co-founded her startup straight out of university, says she’s been involved with Startup Victoria for many years now and is excited to pay it forward to the local ecosystem.

“They made a really, really big impact on my business and this is sending the lift down and contributing back into that community,” Beattie tells StartupSmart.

Beattie studied entrepreneurship at RMIT University and Babson College in Boston. After attending a music festival and being unable to buy a glass of wine outside, she went on to create Australia’s first single serve glass of wine, and soon expanded the startup into six countries in five years.

After the business was acquired earlier this year, Beattie says she turned her attention to building the community in Victoria and applied for the Startup Victoria CEO position.

“The application process was long – it was a combination of having the experience in the community while also being able to see the ecosystem from the helicopter and understanding it,” she says.

“It’s about being the face of Startup Victoria and having the conversations that are important and that the community needs to hear.

“Our focus is on founders and we want to make it about creating more value for founders.”

Handsaker says the organisations has been working for the last year to get ready for a new leader.

“We wanted all the pieces in place to ensure that the new CEO would have the best chance for success, which meant taking the time to make the organisation sustainable,” Handsaker tells StartupSmart.

“We achieved that a few months ago and so engaged Mitchell Lake to locate the best CEO candidate they could find. It was a highly competitive process over a number of months and the board could not be more excited by the appointment of Georgia.

“Startup Victoria is now perfectly positioned for growth as we play our part in helping Melbourne develop into the number one tech destination in the Asia-Pacific region.”

The leading tech hub in the Asia-Pacific

Beattie says there’s nothing standing in the way of making Melbourne the startup hub of the Asia-Pacific region.

“It’s growing at an incredible rate,” she says.

“In the past year alone we’ve seen global tech leaders like Slack, Square, and Zendesk set up their headquarters in Melbourne. That’s a really good sign of what’s to come in being the tech destination in the region.

“We’ve got a really progressive government that has a focus on creating opportunities for entrepreneurs in the area, and we’ve got large companies coming over and up-skilling our students. There isn’t anything in our way.”

Startup Victoria runs seven big events and projects, including the Above All Human conference. Beattie says her role now is to “refine” and improve these offerings.

“There are a lot of projects that have been running so it’s about prioritising them and making them as best executed as possible,” she says.

“I’m super excited about rolling up my sleeves and getting into it.”