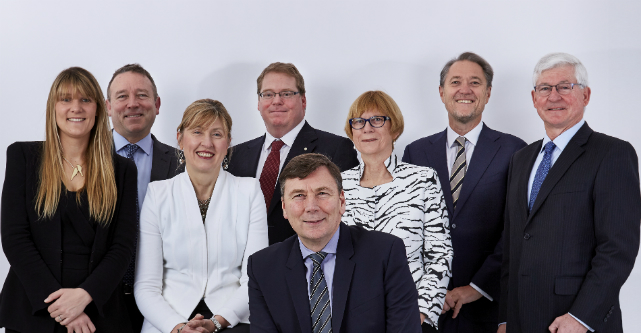 Startups and entrepreneurs will be a key part of the NSW government’s plan to create one million new jobs in the state by 2036.

NSW Premier Mike Baird released the Jobs for the Future report on Friday along with details of how Jobs for NSW’s $190 million in funding will be dished out.

The Jobs for NSW program is centred on attracting large international companies to set up shop in the state, providing funding for local and regional SMEs and accelerating the growth of startups.

The program will focus on “expanding the startup ecosystem” in the state through two new grants and wider support for the state’s incubators and accelerators.

Jobs for NSW CEO Karen Borg says fostering the creation and growth of early-stage startups is crucial for the state’s long-term economic development.

“We’ve been trying to find out where job creation happens, and the reality is that it happens in two parts of the business economy,” Borg tells StartupSmart.

“The gazelles are the companies scaling quickly, and they are birthed from startups. The more startups you have the more businesses will be born from that group.

“Some will fail but without a large cohort you won’t have success.”

Two new grants have been announced for NSW startups, with the Minimum Viable Product Grant providing up to $25,000 for startups not yet generating revenue to help “gather feedback from customers and test business models”, and the Building Partnerships Grants will dish out up to $100,000 to fund partnerships or projects to accelerate the growth of revenue-generating startups.

The new grant program will be providing a total of $3 million by the end of 2017, and Borg says it’s all about helping startups to take their offering to market.

“Australia doesn’t have a problem starting businesses, the challenge we have is hitting that magic tipping point with scale,” she says.

Support for incubators and accelerators

The Jobs for NSW fund will also be contributing $10 million to support local accelerators and incubators through developing partnerships and providing mentoring, networking and connections with investors, along with capital.

“These are the places where you have a house of small businesses,” Borg says.

“So what we’re trying to do is create more of those venues so there are more businesses that enter into a programmed approach to accelerate their company. They’re also in an environment where there are a bunch of others around them to tap into.

“One business might not be successful but that team can then be folded into another high-growth business. They’re really nice hot-houses for that.”

Jobs for NSW’s program also includes $50 million in loan guarantees for SMEs, $30 million to entice overseas companies to set up in the state and $30 million in funding for growing regional companies.

The state of affairs

The Jobs for the Future report found that NSW has started to fall behind other states in its support for the local startup ecosystem, with Victoria and Queensland especially focusing on the sector.

The Victorian government has focused on attracting global tech companies to Melbourne and has also launched its $60 million innovation fund as an independent entity, LaunchVic.

Queensland’s approach has centred on providing grants and co-investment in local startups while also attempting to lure companies from around Australia and the world through the Hot DesQ scheme.

Borg says NSW’s approach is all about job creation and making data-focused decisions.

“NSW right now is very focused on the job aspect – we’re interested in the outcomes,” she says.

“We’re trying to use data to make informed decisions about where we inject our funding. Governments don’t necessarily want to bet on which horses will win, and that’s not how we want to operate.

“So we’ve taken a database approach to where we place our funding. What we’re trying to do is ensure where we focus is where we’ll get the best results.”

These means taking an approach that extends far beyond just offering money, she says.

“Our goal is to partner rather than just be a part of government that seems to have a pocket,” Borg says.

“We need to be part of a solution, not just sitting on the side.”