Quickflix calls in the administrators: What it means for the streaming wars 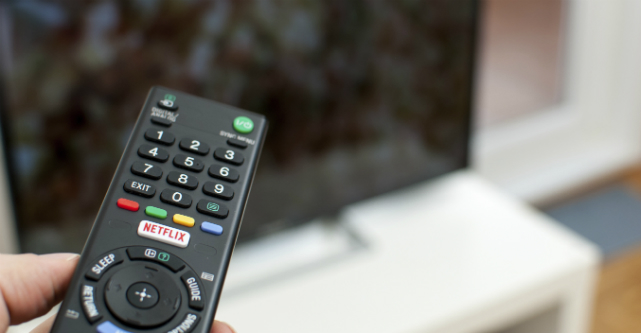 Administrator Ferrier Hodgson is reported as saying it was carrying out an “urgent analysis of the company’s position” which included a possible sale or restructure.

For now, Quickflix says its business will continue as usual with no disruption to customers.

But could Quickflix be the first VoD service to fold amid growing competition in Australia’s television industry?

The company has made an attempt to save $1 million by cutting staff by 15%, closing offices in Sydney and Auckland and taking customer support in house.

In 2014, Nine Entertainment paid A$1 million for an 8% stake in Quickflix from HBO, which it had held since 2012. Its shares have since been transferred to Stan.

Further, Stan has told Quickflix it wants either $4 million in cash or $1.25 million plus all of Quickflix’s streaming customers.

This is a strategic move that may see Stan remove a potential competitor from its attempt to succeed in the Australian VoD market.

But Quickflix is the least of Stan’s worries. The Australian VoD market has changed considerably in the past 12 months and there could yet be further international competition that local providers, Stan and Presto will need to compete with.

Currently, Australia has local services Stan, Presto and Quickflix, along with international services, Netflix and Hayu.

But there could be other services that will look at following Netflix’s international expansion, motivated by the company’s success in Australia.

During this month’s National Association of Broadcasters (NAB) show in the US, Amazon declared that it wanted to be the go-to for VoD. Michael Paull, VP of digital video at Amazon, said:

We would like to have every digital video service and channel on our platform.

Amazon is about data, of which it has a large amount from existing customers. This data goes far beyond what video a customer has previously watched. It includes purchases of books, music, technology, clothing and much more.

This will give VoD providers the potential to deliver their media content to those who have already showed interest in particular topics via previous Amazon purchases.

Paull argued at the NAB show that he believed:

[…] once you have the consumer, even if the intent is ‘I’m going to binge watch this show and exit,’ if you use the data to present other shows that they want to watch, they’ll stay.

Amazon also allows for greater integration of shopping and video in a second screen experience, which I’ve written about before.

A move like this by Amazon could see it compete not only with Netflix but also YouTube.

Others could enter the VoD market

Alongside these well-known brands, there are other players in the VoD market, which many may have not heard of, but will in the future.

Fullscreen recently launched in the US and has the backing of The Chernin Group’s investment dollars and of the US telecommunications company AT&T in a deal estimated to be worth between US$200 million and US$300 million.

The service aims to be different to other VoD services. Chernin Group CEO Peter Chernin said the Fullscreen subscription service would be uniquely positioned in the marketplace, with a “signature personality and strong product features designed specifically for a millennial audience”.

The service will target an audience of 13- to 30-year-olds, “from gossipers and geeks to rebels and revolutionaries”.

Original content along, with licensed series such as Dawson’s Creek, Saved By The Bell and Happy Endings, will be available.

Some of the talent seen on Fullscreen started on YouTube, including Hannah Hart and Grace Helbig who are part of Electra Woman and Dyna Girl.

What is interesting is the comment by Fullscreen’s CEO George Strompolos who said the company had been looking at other third-party platforms:

[…] and we didn’t see what we wanted — so we decided to build that ourselves.

This could be due to the interactivity and social networking elements added in the service. The program lengths will vary from minutes to a few seconds, reflective of Vines (a video social media service).

In addition, Fullscreen will allow subscribers to edit clips of the programs they have viewed and share them with friends who are also subscribed to the service.

What is clear is the niche content that Netflix, YouTube and now Fullscreen provide can be successful in establishing a mass niche audience, differing to the mass audience pursued by commercial broadcasters.

So will we see a change by Australian free-to-air channels in the programming they broadcast, particularly now each have multiple channels? Or will the traditional television broadcasters continue to see a declining audience and the rise of even more competition among VoD services?

Marc C-Scott is a lecturer in screen media at Victoria University.