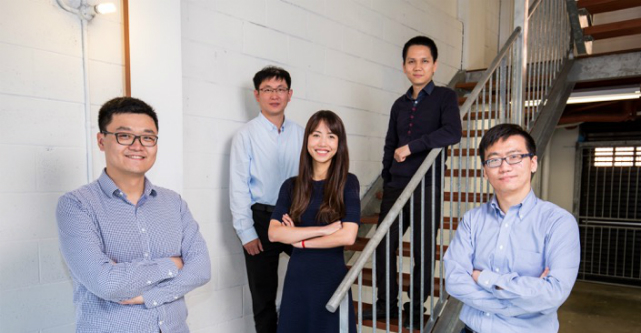 Sydney-based fintech startup Hyper Anna has closed a $16 million Series A funding round led by venture capital giant Sequoia China, with the funding earmarked to fuel the startup’s international expansion.

The startup, which was founded in February 2016, already counts Westpac and general insurer IAG as two of its early customers, and says it will continue to focus its sales efforts in the financial services sector.

“A business’ data is their own and ‘Anna’ empowers business to drive the value out of that that they deserve,” Nguyen tells StartupSmart.

Nguyen leveraged her past experience working as a data scientist to create a solution for companies that are “struggling to get data scientists” and obtain the business insights they need. For Nguyen, filling this niche was crucial for the startup’s success in raising this funding round.

“My advice [for startups looking to raise] would be to focus on building a great product that adds value to their customers,” Nguyen says.

“This might sound cliche but it’s actually what has worked for us.”

While Nguyen says external funding is often “important for a startup to grow”, this funding should be contained “over a short-ish period of time if possible” to focus on the main goal of building a valuable, customer-centric product.

Nguyen says this funding will be used to expand Hyper Anna’s operations to international markets, including Hong Kong, where an office is set open in September, as well as Singapore, China and the US in the future,

Australian consumers continue to embrace new financial technologies, with the nation ranking fifth in the world for consumer fintech adoption, and Nguyen believes this is indicative of a trend in both corporations and consumers adopting the offerings of disruptors in the sector.

“[It’s] not just in Australia, we have seen this abroad also,” Nguyen says.

“Larger organisations have really woken up to the value of working with smaller organisations whose sole focus is solving a particular type of problem, often niche problems.”

Rather than crypto-currencies, cloud-based payments and cardless transactions, the future of fintech, according to Nguyen, is going to be data-driven and focused on solving real-world problems that businesses are facing today.

“I would say data technology will still be the keyword of fintech innovation,” she says, predicting that “we may see more data enablement companies using technologies to solve real business problems”.