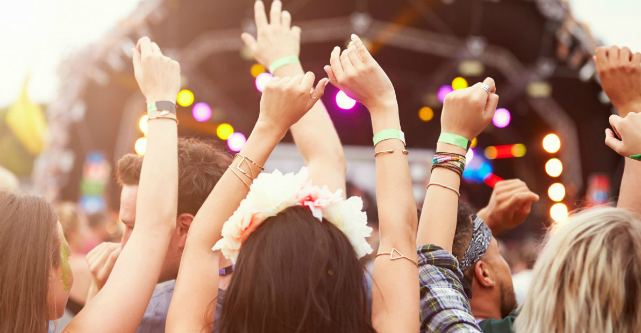 Armed with $150,000 in seed funding from private UK investors, a Sydney startup is using blockchain technology to empower music artists through a platform expected to hit the market this August.

Zimrii Music co-founder and chief technology officer Mohammed Jalloh has been playing in the world of tech and startups for years, with his latest venture bringing him to the intersection of bleeding-edge technology and artists.

“I have many friends in music. To see them trying to establish their music career and also sustain [it] is an interesting problem,” Jalloh tells StartupSmart.

Jalloh says the biggest challenges for emerging artists are usually exposure to fans and funding, but he believes he has found a unique way to tackle these issues.

“I saw how music and blockchain could be married together to solve some of these problems,” he says.

Using the ledger system of blockchain, Jalloh says Zimrii Music will enable artists to clearly record and manage ownership of copyright to earn and distribute royalties in a more fair and transparent way.

With large record companies around the world dominating music copyright and royalties, Jalloh says the “music value chain” as it is now gives artists the least amount of value for their work.

Using blockchain code to develop smart contracts will also enable artists to deploy receipt of sales straight away and split royalties effectively with producers and any other agreed parties, he says.

“Every time your music is sold, the contract executes and everyone receives funds immediately,” he says.

With such features, Jalloh hopes Zimrii Music will enable artists to build more loyal followings by sharing profits with fans, who will be able to invest in their favourite bands and musicians and earn royalties on new tracks.

“Through the use of blockchain, you can sign rights of music to your fans.

“If an artist wants to raise funds to produce music, they can do that through a crowdfunding-type process but then as a reward … as an artist, I can say to a fan I’ll reward you rights to that music [and that] fan gets financial benefits.”

Jalloh and his team, including co-founder Paolo Gava, are planning to use their seed funding to release a beta version of the platform for artists and fans to start using it in about five months.

“You shouldn’t dive into funds straight away,” he says.

“The capital actually came to us so to speak,” he says.

“I got a phone call from an investor potentially after seeing other work that I’ve done.”

Jalloh says it didn’t take long to close a deal after pitching Zimrii Music’s blockchain idea and sending through a business pack in December 2016. The business pack included the planned approach to market, the problem the startup is attempting to solve with early target market research, and “feedback from real artists”.

“Over the course of five conversations we came to that seed funding decision,” he says.

“It allows us to actually really crack on to development, get out to users and get some marketing under our development.

“Having that niche target market initially to work with [to] validate the idea is crucial [and] it did help to know people in the music industry who I could go and talk to.

“It’s been an interesting journey so far.”