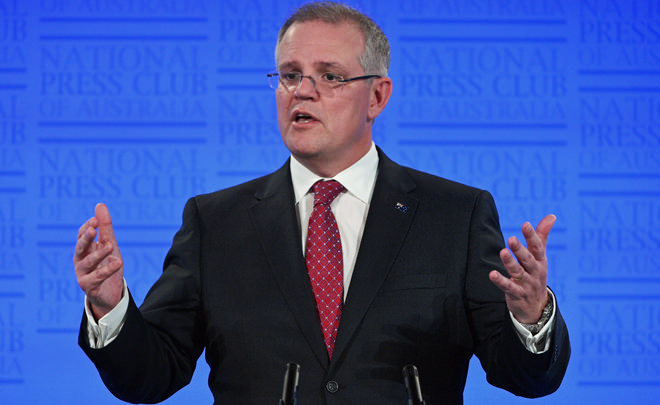 Australian startups are likely to benefit from a series of tax breaks included in the 2016 federal budget, despite the measures being directed at small and medium businesses.

The government revealed in tonight’s budget that unincorporated businesses turning over less than $5 million annually will be eligible for an 8% tax personal income tax “discount” from the start of July, up from 5% last year.

In a statement accompanying the federal budget papers, Small Business Minister Kelly O’Dwyer said the government recognises not all businesses are incorporated and, therefore, not all will benefit from cuts to the company tax rate.

The unincorporated tax discount will increase from 5% to 8% from July 1 and remains capped at $1000.

The unincorporated tax discount will continue to increase to a final rate of 16% by July 1, 2026.

The government estimates 2.3 million unincorporated Australian businesses will be eligible for the discount.

According to the government, a sole trader with an unincorporated business turning over $2.5 million and a taxable income of $150,000 would pay $46,447 in personal tax, including the Medicare levy, under the current system.

After the unincorporated tax discount is applied, along with other changes to personal income tax, the sole trader would pay $45,132 in tax and would therefore be $1,315 better off.

The unincorporated tax discount would account for $1000 of this amount.

The increase in the unincorporated tax discount is projected to cost $150 million each year from the 2017 to 2018 financial year, at a total cost to the budget of $450 million over the forward estimates.

“The tax cuts presented in this budget may not be game changing, but as every small busines owner out doing the daily grind knows, every little bit helps,” Strode says.

From July 1, incorporated businesses turning over up to $10 million annually will pay a company tax rate of 27.5% instead of 30%, in a move the federal government says will create opportunities for companies to “innovate, grow and employ more Australians”.

It builds on a 1.5% company tax cut handed to incorporated businesses with annual turnover of up to $2 million, which was introduced in last year’s budget.

The cut is part of what the government has called its “ten year enterprise tax plan”, which will involve phased-in company tax cuts for all businesses by 2026-27.

In his budget speech, Treasurer Scott Morrison will describe the plan to gradually cut the rate of company tax as an “important measure in securing our future prosperity”.

“We will not be able to rely on our natural advantages in resources to secure the jobs of the future like we have in the past,” he will say.

“If we wish to continue to see our living standards rise with more jobs and higher wages, we need to ensure our tax system encourages investment and enterprise.”