Why compensating taxi drivers for Uber is unfair and poorly implemented 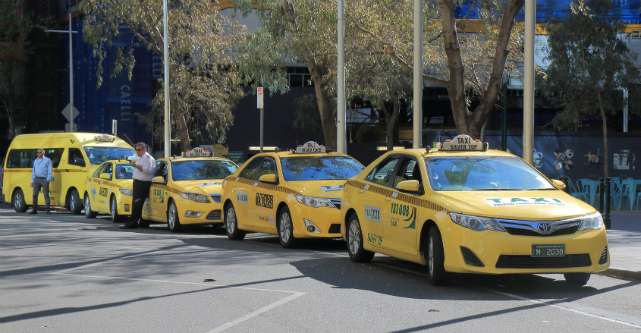 In all states that have legalised the ride-sharing app Uber, the response has been to offer compensation to taxi drivers. This is a typical move by governments that are liberalising long-standing, regulated monopolies. But the amount of compensation is far from fair and the process has been poorly implemented.

Victoria is the latest of the states and territories in allowing Uber to operate and its compensation package is the most generous.

There’s a $2 levy on each ride (that will vary according to the operator), proposed to provide compensation in the order of $378 million. There is also a $75 million allocation from the levy for a fund for those hit hardest by the reforms.

By contrast, NSW announced a $1 levy per taxi or Uber ride. Some of the funding goes to taxi operators suffering severe financial hardship as a result of the regulatory changes. The total package for NSW is $250 million.

Taxi industry reform had to happen. But it has been driven by populist policy with state governments bowing to pressure from Uber’s disruptive approach. While states are providing compensation packages for taxi licence owners, the amounts pale in comparison to the investment value that has been lost.

In Sydney, average licence values peaked at about $425,000 in 2011, and have been in decline since. Licence owners can expect to receive $20,000 in compensation per licence, with multiple licence owners receiving a maximum of $40,000.

Taxi licence owners have been mostly kept in the dark about taxi industry reform in Victoria. As late as August 19, taxi operators in Melbourne had no idea what would be in the reform package announced yesterday.

And Victoria’s comparatively generous package might make Sydney and Brisbane operators wonder why the differences in the compensation packages should be so dramatic.

Uber users may not be happy about the additional levies to fund compensation for the taxi industry, either.

But the bigger issue is that investor and voter confidence in state governments’ power to regulate effectively has been diminished for three main reasons.

First, Uber effectively broke the law and used its capital to force the end of the old monopoly, allegedly paying drivers’ fines while lobbying governments in unique ways.

Rather than encourage a proper transition strategy, even the Prime Minister applauded Uber for its “agile” business model. Uber made the policy, not the elected representatives.

Second, taxi operators have been bound by the rules of the regulated monopoly. They played by the rules established under the rule of law.

Uber didn’t, and, backed by popular sentiment, has cleverly manipulated the taxi industry. State governments continued to regulate taxis but were powerless to enforce their own laws where Uber was concerned.

If we consider that Melbourne and Sydney alone are serviced by more than 8,000 taxi licences, once valued at up to $500,000 each, then significant investment value has been destroyed. Not by competition, but by a company that broke the law, by consumers who readily supported cheaper prices, and then by state governments that restructured the market by implementing rapid, populist policies.

Uber has won, and there will be much rejoicing by consumers. But the way the transition has occurred verges on the unethical, and licence owners are footing the bill.

This is inherently unfair. In a regulated monopoly, the regulated players have little impact on the rules.

It is obvious that the investors in the taxi industry lack the political clout of the automotive industry multinationals.

It is clear that multinationals can manipulate state governments by adopting Uber’s approach. All you need is plenty of money, a plan to introduce cheaper prices for consumers, and the boldness to flaunt the law. As we have seen, state governments will then roll over.

Let’s now hope that your retirement savings are not next in the way of unscheduled reform.

Michael de Percy is a senior lecturer in political science at the University of Canberra.