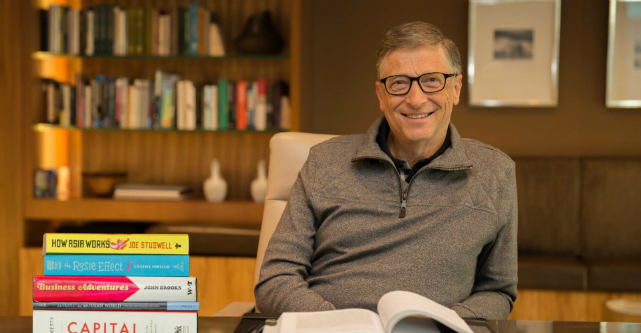 Tech billionaires have taken out the majority of the top spots in this year’s Forbes list of the 400 wealthiest Americans of the year, with the six tech moguls in the top 10 rankings sharing a combined net worth of $US388.5 billion ($49.7 billion).

Sitting in the number one spot with a net worth of $US89 billion ($113.9 billion), Microsoft mogul Bill Gates maintained the position he’s enjoyed for the last 24 years, despite briefly being unseated by Amazon’s Jeff Bezos earlier this year.

With a net worth of $US81.5 billion ($104.3 billion), Bezos has steadily climbed up the rankings over the past few years, growing his wealth by $US14.5 billion in the last year.

Almost a full $US10 billion behind Bezos, Mark Zuckerberg maintained his position as the fourth richest person in America, and is estimated to be worth $US71 billion ($90.8 billion) after increasing his wealth by $US15.5 billion ($19.8 billion) since last year.

Oracle’s Larry Ellison sits behind Zuckerberg at number five with a net worth of $US59 billion ($75.5 billion), while Google’s Larry Page and Sergey Brin round out the last two spots in the top 10 with estimated net worths of $US44.6 billion ($57.1 billion) and $US43.4 billion ($55.5 billion) respectively.

Of the 22 newcomers to this year’s Forbes list, 14 were entrepreneurs, with the likes of  Netflix co-founder and chief Reed Hastings cracking the list for the first time, with a net worth of $US2.2 billion ($2.8 billion) putting him at number 359 on the list.

After making their Forbes 400 debut in 2015, Snapchat’s Bobby Murphy and Evan Spiegel remain on the list at number 248, both boasting a net worth of $US3.1 billion ($4 billion) built from their social-media empire. At just 27-years-old, Spiegel retains his title for the third year in a row as the youngest billionaire on the Forbes 400 list.

The ten richest people in the US