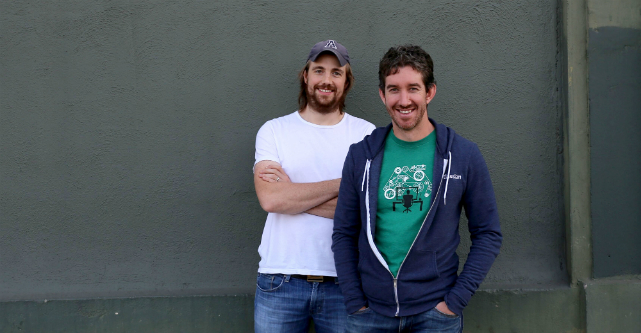 They went to university together, were the best man at each other’s weddings, and founded one of Australia’s most successful tech startups ever together. And the bromance between Atlassian co-founders Mike Cannon-Brookes and Scott Farquhar is still going strong, with the pair soon to be next-door neighbours as well.

Cannon-Brookes has purchased what Domain has called Australia’s most expensive house, located on Sydney Harbour, in a deal expected to close at about $100 million.

Each also now run their own investment ventures, with Cannon-Brookes running Grok Ventures, while Farquhar owns Skip Capital with his wife, and principal of the investment company, Kim Jackson.

Although the pair are now next-door neighbours, Cannon-Brookes will still have plenty of breathing space, with 2.77 acres of estate, compared to Farquhar’s 1.7-acre property.

Cannon-Brookes has also one-upped his buddy in price, taking the most-expensive-home mantle from Farquhar, who Domain reported set the national price record when he bought his property for $70 million in April last year.

The relationship between Atlassian’s co-founders is arguably one of the strongest examples of co-founder friendship in the Australian industry, but their bromance also makes for a good business relationship.

Speaking to Fairfax back in 2014, Farquhar described himself as “the sensible one”, suggesting that Cannon-Brookes has a “reckless streak”.

“Mike is one of the most creative people you’ll meet,” Farquhar said. “He’s very good at imagining stuff that doesn’t exist yet.”

In the same article, Cannon-Brookes praised Farquhar’s leadership skills, saying he is “awesome in a crisis situation”.

“We had a security incident … Scott was on his honeymoon so he bailed on his honeymoon to come back. By the time he came back, I was just about expiring, it was easily the most stressful seven-day period of our lives. It’s instances like that where you see the team rally and the leaders shine,” he said.

NOW READ: MacGyvers and champions: Six entrepreneurs on the one person they couldn’t live without in their business