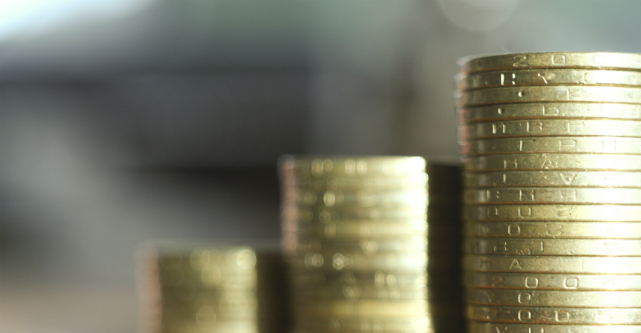 The federal budget for 2016 is a matter of hours away, and comes with high expectations from the Australian startup community.

On the back of last year’s $1.1 billion innovation statement, innovation is now a central political issue, and is sure to be a key pillar of the budget.

“It’s an opportunity for the government to keep up the momentum on startups and innovation, as it promised to do when it launched the National Innovation and Science Agenda in December last year,” McCauley says.

“The federal government’s focus on building the momentum in the Australian technology startup ecosystem has been very positive. StartupAUS would like to see this continue through the budget and on into the election platforms for both major parties.”

“My wish list is that first we consolidate the great initial policy suggestions outlined in the innovation statement late last year into reality in the budget,” Stead says.

For startup advisor and investor Anne-Marie Elias, the budget will help to show whether the government’s recent focus on startups is more than just rhetoric.

“The budget is a real opportunity to see where the government commitment lies in startups,” Elias says.

“I hope to see a real focus on regional communities and some incentives that support social enterprises.”

As with the innovation statement, Elias says she hopes the focus is on early-stage companies.

“I hope there is greater recognition of the needs of early-stage startups, like access to education, mentors, networks, grants, incubation and customers,” she says.

“So many startups leave Australia because they don’t have access to the right support during growth.”

We asked a range of Australian founders, entrepreneurs and investors for their own budget wish list and what needs to be included in Tuesday night’s budget to help the startup ecosystem grow.

A focus on education

The budget should include a focus on the next generation of entrepreneurs through the funding of STEM education initiatives, Blackbird Ventures head of operations Samantha Wong says.

“Even the most forward-thinking schools can’t find enough appropriately-qualified teachers to teach coding and other hard skills, and they need to engage the private sector and universities to deliver these services,” Wong says.

“This is naturally going to lead to a lump spread and disadvantaged schools are the most likely to miss out.

“Curriculum takes too long to change but if individual schools could apply for grants or similar to fund these programs I think things could change much faster.”

This is crucial to ensuring the government’s much-talked about innovation agenda is actually effective, MoneyPlace CEO Stuart Stoyan says.

“This is important because that ultimately because the bedrock for the ideas boom,” Stoyan says.

“We need educated people to lift the talent pool in Australia and keep talent within the country.”

No changes to the R&D tax incentive

One of the most common budget wishes coming from the startup community isn’t for any extra funding at all, but for the R&D tax incentive to be left untouched.

For DroneShield CEO James Walker, this policy should just be left alone.

“Australia is a world-leader in this space and it allows startups to continue to hire new engineering and commercialisation talent, so it would be a shame to see this revised.”

But for McCauley, this tax incentive should actually be boosted.

“We’d like to see the R&D tax incentives be better targeted to help drive genuine innovation through startups,” he says.

“We’d like to see a boost in the government’s overall R&D expenditure. Australia currently spends just over 2% of GDP on R&D and to be a top performer on this metric that number needs to rise to about 3%.”

A range of tax incentives for investments in early-stage startups were included in last year’s innovation statement, and Wong says these should be consolidated in the budget.

“This is to attract fast-growing startups to set up APAC or even global HQs in Australia,” she says.

“This will grow the number of Australians directly employed in STEM sectors and influences how many Australians will go on to build tech companies from Australia. It’s an ecosystem jump-starter.”

Concern has been raised over an ‘investor strike’ in the lead-up to the incentives coming into effect in July, and Stoyan says he hopes the budget will immediately implement the changes instead.

“It is currently from July but they will move to immediately action this, offering a 20% rebate for early-stage investments to expand existing startups,” he says.

“This is important because anecdotally funding has somewhat stalled as investors wait for the tax breaks to kick in.”

“We want to see strong tax incentives to allow investors to take more risks on scaling funding for startups as that is really the pinch point for many in the industry right now,” Tan says.

“We hope to see the 10% tax rebate for venture capital investments – especially for rounds this size – expand. These measures are essential to prove the government is actually prepared to act on he ideas boom as it heads towards an election.”

LeadChat founder Michael Jankie says he hopes to see improvements to Australia’s visas in the budget in order to attract world-class talent and play to the country’s stengths.

“While we don’t have the budgets and cafeterias to compete with Silicon Valley we do have the lifestyle that can be used to attract global talent. Changes to visas will mean we get better talent to further build Australian companies.”

“Great ideas and investments can only flourish if they are executed by skilled and capable teams,” Thompson says.

“This brings back in focus the need for improvements in investor and labour visa programmes geared to grow the technically skilled workforce. This would not only help create a favourable environment for entrepreneurship locally but reduce brain drain from Australian startups to overseas markets in search for better talent.”

This should also be extended to raising the profile of Australian companies internationally, Stead says.

“I think the entrepreneurial visas are a great start to encourage in-flow of world-class talent, but talented people are not just necessarily incentivised by a residency alone, but by working with great, globally competitive companies that have a global profile,” she says.

“Schemes that may support this, whether by subsidy or by providing platforms to build the profile of Australia’s leading companies, would yield a great return on investment.”

Opening up the super funds

The budget should also include incentives to encourage Australia’s huge super funds to invest in venture capital, Walker says.

“Australia has one of the most vibrant superannuation sectors in the world but we currently don’t use this to our advantage,” he says.

“We’re hoping the government looks into this by creating incentives for superannuation companies to take more of a risk on the startup sector with their investments.”